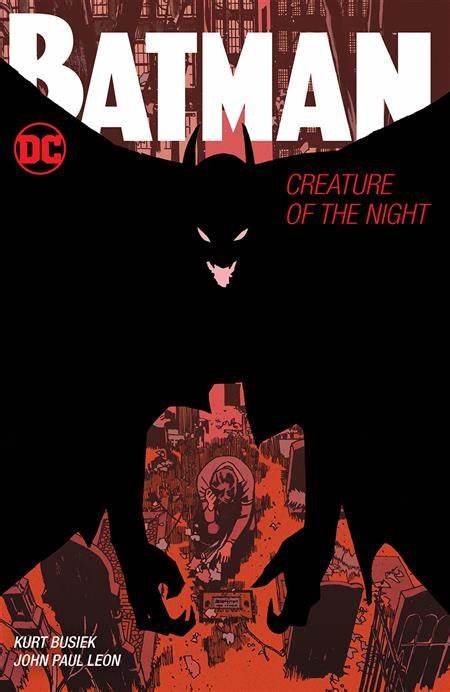 BATMAN CREATURE OF THE NIGHT TP
(W) Kurt Busiek (A/CA) John Paul Leon
Now available in paperback! Bruce Wainwright, a comic book-reading kid obsessed with the Caped Crusader, loses his parents in a violent crime…and in the real world, no superheroes exist to save the day. As the survivor of the brutal murder of his parents, young Bruce sees grief and rage build inside himselfâuntil something strange starts taking wing in the Gotham night! Something similar to the comics heâs been reading his whole life. As life begins to imitate art, will Bruce Wainwright be able to live up to his fictional namesake? A deliberate spiritual companion to the beloved Superman: Secret Identity, Batman: Creature of the Night puts a new spin youâve never seen before on the legend of Batmanâand the dark emotions that drive him! Collects the entire critically acclaimed four-issue miniseries. 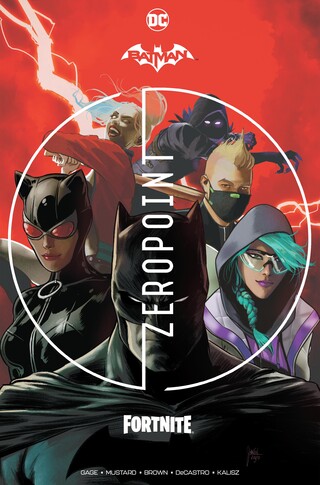 BATMAN FORTNITE ZERO POINT #1 (OF 6)
Currently Out of Stock
Art by: Reilly Brown
Written by: Christos Gage
A crack splits the sky above Gotham City…a tear in reality itself. This rift pulls the Dark Knight into a bizarre and unfamiliar world, with no memory of who he is or where he came from. Batman has been drawn into Fortnite! As our hero fights to recall his past and escape an endless loop of chaos and struggle, heâll come face to face with the likes of Renegade Raider, Fishstick, BandolierÂ and more. While the Worldâs Greatest Detective strives to make sense of this strange new world, heâll uncover the shocking truth about the Island, what lies beyond the LoopÂ and how everything is connected to the mysterious Zero Point. Uncover secrets never before revealed in the game or anywhere else! Every fan of Batman, Fortnite, stunning artÂ and edge-of-your-seat excitement wonât want to miss the Caped Crusader facing off against Fortnite champions on the Island in a desperate attempt to save not only himself, but other familiar faces from the DCU…and perhaps the Multiverse itself! 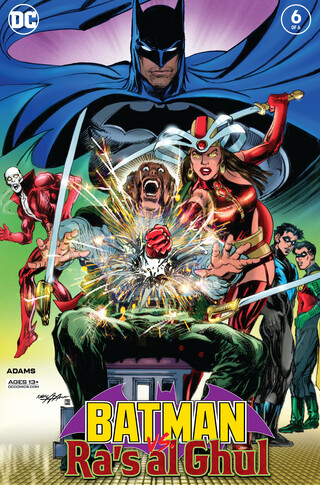 BATMAN VS RAS AL GHUL #6 (OF 6)
Art by:Neal Adams
Written by:Neal Adams
It all comes down to thisâ¦the final meeting of the Batmen! Raâs al Ghulâs plan to dominate Gotham City crashes against the will of Bruce Wayne and Matches Malone, as the cityâs power grid faces the wave of the future! 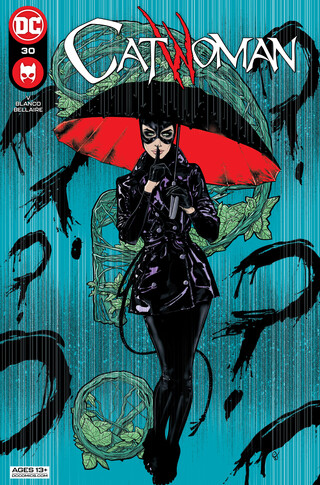 CATWOMAN #30
Art by:Fernando Blanco
Written by:Ram V.
The Riddler revealed that he knows details about Poison Ivyâs whereabouts. Now, after the Riddler has been gravely wounded, Catwoman brings him to be patched up by Alleytownâs less-than-scrupulous medics. Now on the mend, Riddler points Selina in Ivyâs direction-but is he telling the truth, or wrapping her up in another one of his riddles? Meanwhile, the Penguinâs come to realize that enlisting Father Valley to take out Catwoman may have been a mistake and finds himself asking whether he hired a hit man…or inked a deal with the devil himself. 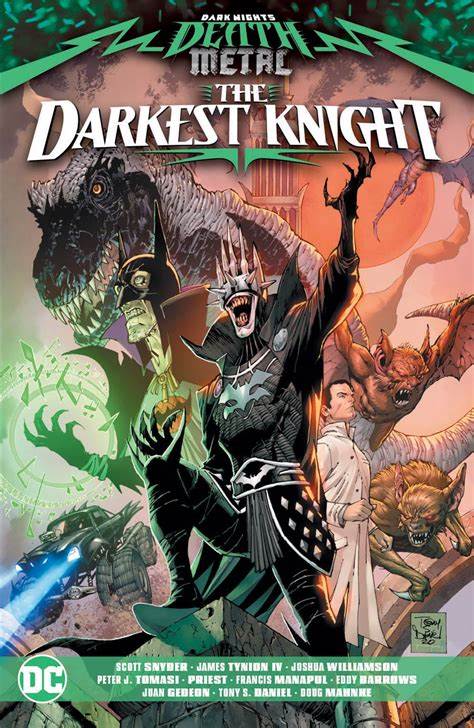 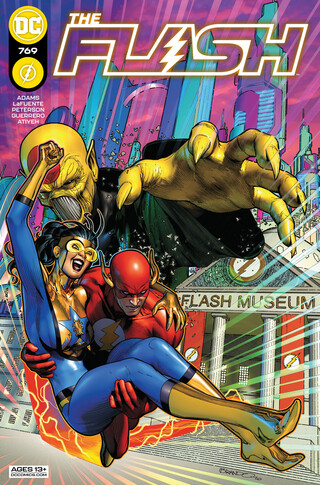 FLASH #769
Art by: Jack Herbert,Â Brandon Peterson,Â Darko Lafuente
Written by: Jeremy Adams
After an accident pushes Wally West into the time stream, the former Kid Flash lands in the body of his onetime partner, Impulse. Now sprinting through the 30th century side by side with the mysterious (and, yeah, ridiculous) Gold Beetle, Wally must uncover whatâs causing the destructive explosions that keep propelling him through time and the bodies of other speedsters. 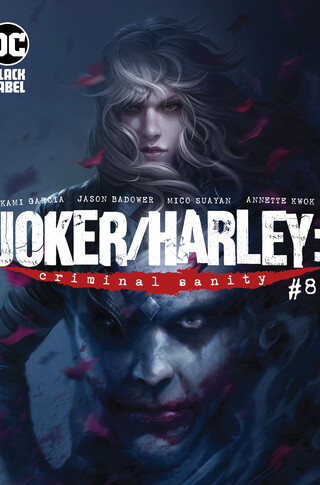 JOKER HARLEY CRIMINAL SANITY #8 (OF 8)
Art by:Mico Suayan,Â Jason Badower
Written by:Kami Garcia
Ready or not, Harley Quinn is in a race against time to end The Jokerâs reign of terror. Can she do it before he wreaks havoc in the Gotham Arenaâ¦and kills thousands of music fans attending the Event Horizon concert? More importantly, will she do it without ending The Jokerâs life-or can she live with the consequences either way? 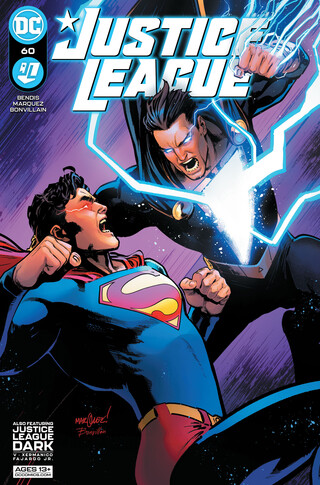 Superman, Batman, Green Arrow, Black Canary, AquamanÂ and Hawkgirl join forces with Black Adam to fight an all-new world conqueror! But how do they stop the unstoppable power known as Brutus? Enter new mega-power sensation Naomi, who comes face to face with the League and brings along Queen Hippolyta of the Amazons for a blockbuster battle for the agesâwith a last-page cliffhanger that will leave everyone guessing whatâs next!

And in the backup tale, the new Justice League meets the new Justice League Dark, and the demon Etrigan calls the team to actionâbut Batman has other plans. This team needs a leader, but what twisted secret prevents Zatanna from stepping forward? Plus, Ragman makes a startling discoveryâone that may cost his life! 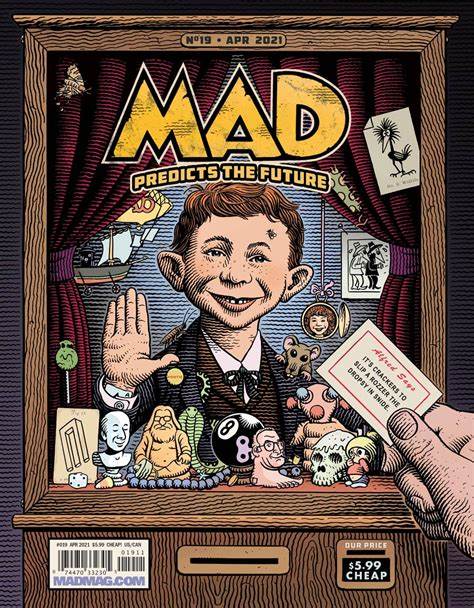 MAD MAGAZINE #19
MAD #19 – MAD PREDICTS THE FUTURE
Gaze into the wonders of tomorrow, courtesy of yesterday’s MAD! Itâs our far-flung future issue, in which we look back at the shape of things to come, including parodies of time traveling sci-fi flicks âBack to the Futureâ and âA.I. Artificial Intelligence.â Plus, MAD examines prognosticators like astrology, palm reading, and, just for good measure, a little MAD E.S.P with birthday boy Al Jaffee for his 100th year on this planet, and some new outta this world art by Tom Richmond! We predict there will be a new Fold-In by Johnny Sampson too! Materializing in stores APR. 13th! 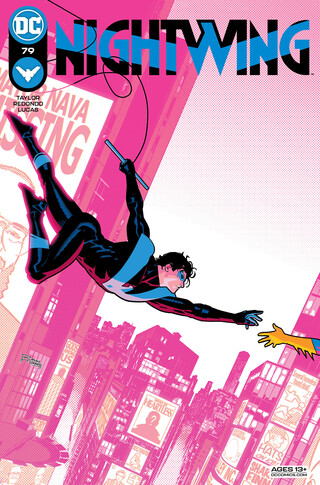 NIGHTWING #79
Art by:Bruno Redondo
Written by:Tom Taylor
Dick Grayson has inherited Alfredâs fortune, a puppy, and a whole lot of questions. Who is Mayor Zucco, and what is her relation to the man who murdered Dickâs parents? What sinister plans does Blockbuster have for BlÃ¼dhaven? What kind of dog food is best for a three-legged puppy? To answer these questions, Dickâs going to need a little help from his friendsâpast and present. 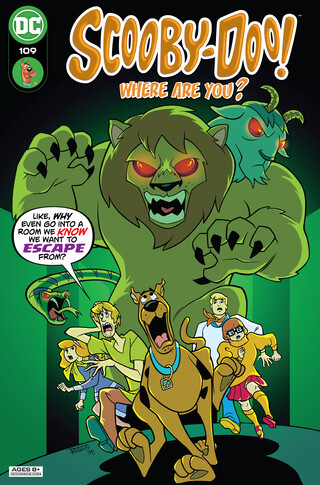 SCOOBY-DOO WHERE ARE YOU #109
Art by:Scott Jeralds
Written by:Derek Fridolfs
Fredâs skills are well-known around town for creating many of the traps used to capture monsters. When he is invited to test out the new Coolsville Escape Room complex, the gang tags along to help out. But can Fred and his friends now escape being trapped by a creepy chimera haunting the halls? Or will it be game over for Mystery Inc.? 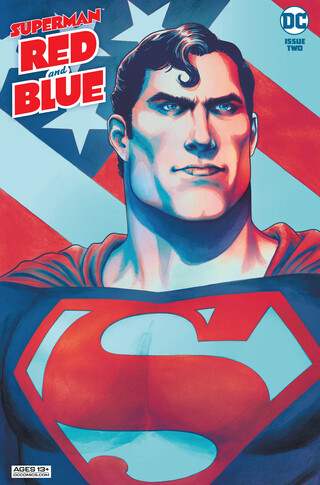 SUPERMAN RED & BLUE #2 (OF 6)
Art by:Dan Panosian,Â Denys Cowan,Â Marley Zarcone
Written by:Stephanie Nicole Phillips,Â Dan Panosian,Â Chuck Brown
Explore the world of Superman in a way youâve never seen before. Five brand-new stories, a visual tour de force, with only the Man of Steelâs signature colors. There are tales starring Clark Kent, the original Superman, including a showdown with his most tenacious foe, Lex Luthorâbut there is also a great space adventure with Val-Zod, the Superman of Earth-2, going up against an amped-up version of Prometheus. And then there is Cyborg Superman, a warped reflection of the real deal, with a mission as opposite to Supermanâs as any could be. But no matter how out there the situation gets, it always comes back to the one man and the planet he loves and has sworn to protectâand the people he inspires, young and old. 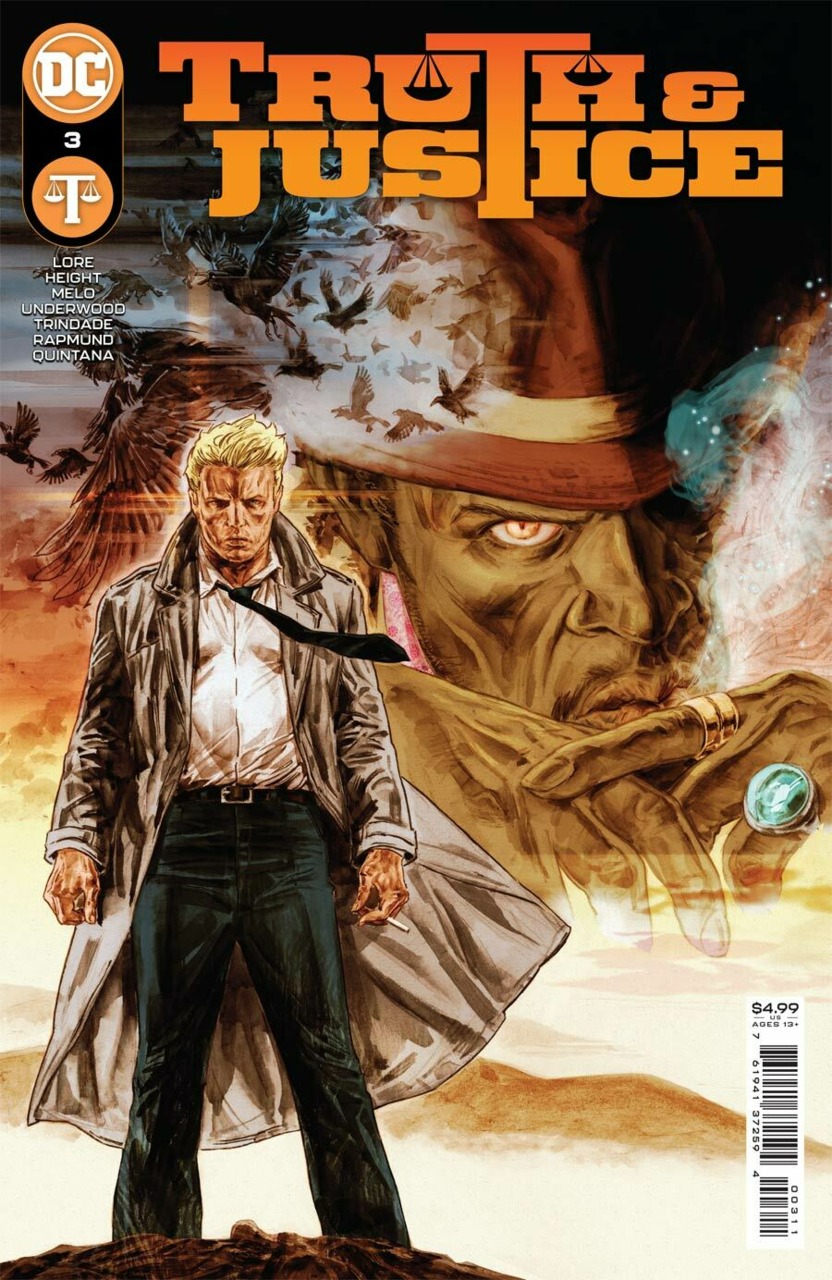 TRUTH & JUSTICE #3Â
What kind of man is John Constantine? Mage, con man, and a few other choice descriptors not fit to printâbut sometimes, he tries to be a good guy. When he tries to stop a young teenager from getting in deep with Papa Midnite, he is faced not just with the past as heâd like to remember it, but with exactly the kind of wizard he really is. Can John help, or is he going to drive someone else into the very shadows he wanted to save them from?