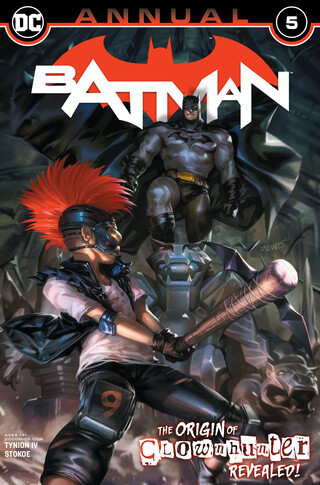 BATMAN ANNUAL #5
The riveting new vigilante known as Clownhunter was a breakout star of âThe Joker Warâ…but whatâs the tragic origin of this teenage assassin? How did his parents die at the hands of the Joker, and is there a place for him in the evolving Gotham City? Can there be redemption for the infamous Clownhunter? This epic tale reteams writer James Tynion IV and artist James Stokoe, the storytellers behind the definitive Clownhunter tale from Batman: The Joker War Zone #1! 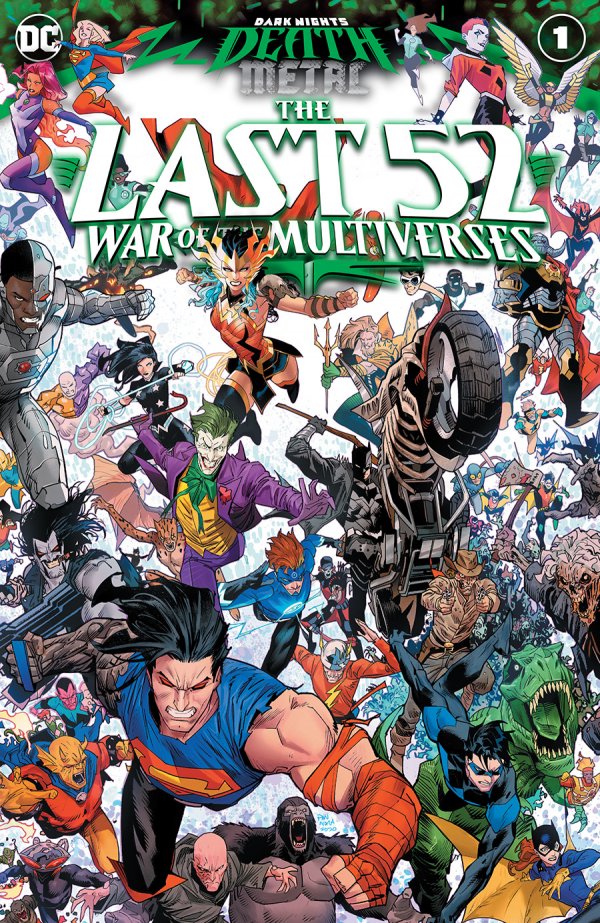 DARK NIGHTS DEATH METAL THE LAST 52 WAR OF THE MULTIVERSES #1 (ONE SHOT)
What would it take to get every being left in the Multiverse to side together in the ultimate, final showdown? Total decimation and the complete undoing of all existence? The Batman Who Laughs has made his final move, bringing the most horrifying opposition to the battleground, and now every hero and villain left alive will stand and fight together. This epic battle book details every side of the last war across the Multiverse-Wonder Woman leading the heroes, Superman leading the villains, and Batman leading the dead-everyone has to play their part. Everyone and everything is at stakeâ¦so join here for the last of the DCU as we know it! 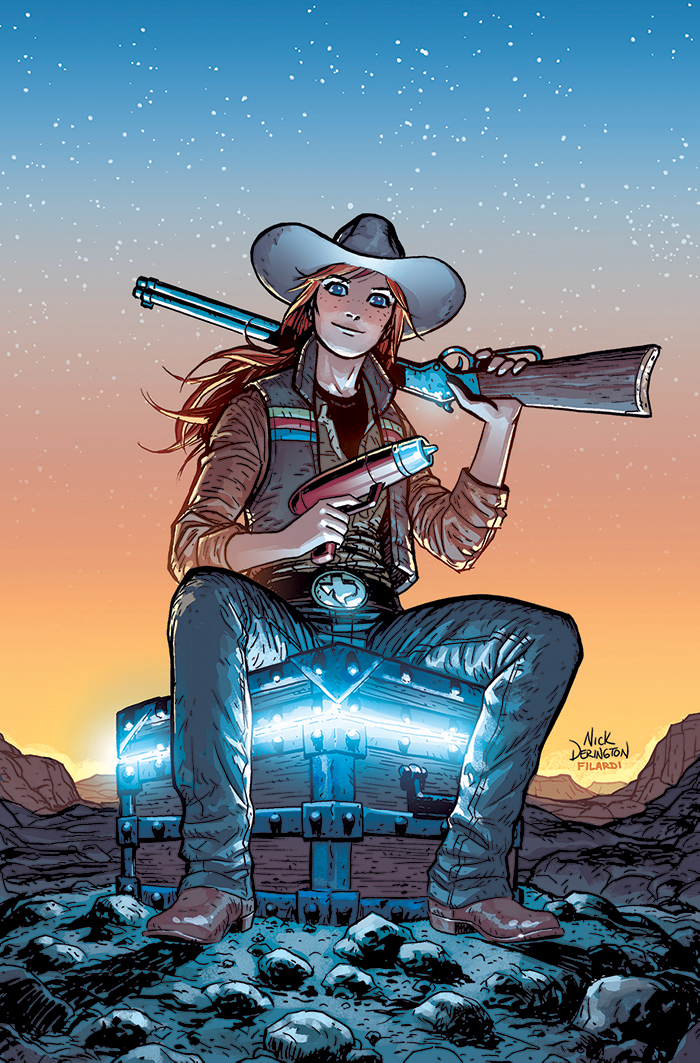 JINNY HEX SPECIAL #1 (ONE SHOT)
NEW-VILLAIN ALERT: THREE-EYED JACK! Jinny Hex starsÂ in her first solo adventure and sheâs ready and raring to go! Bursting out of the pages of Young Justice, this fan-favorite gal is heading back home to take care of some unfinished business! Hoping to take some time off from Multiverse conflict, Jinny reconnects with some old friends and family. But that all goes out the window when a new foe called Three-Eyed Jack transports her town back to the Old West. Now itâs up to Jinny to face off with this super-powered gunslinger and save her town! But Jinnyâs about to learn that some threats are closer to her heart than expected. 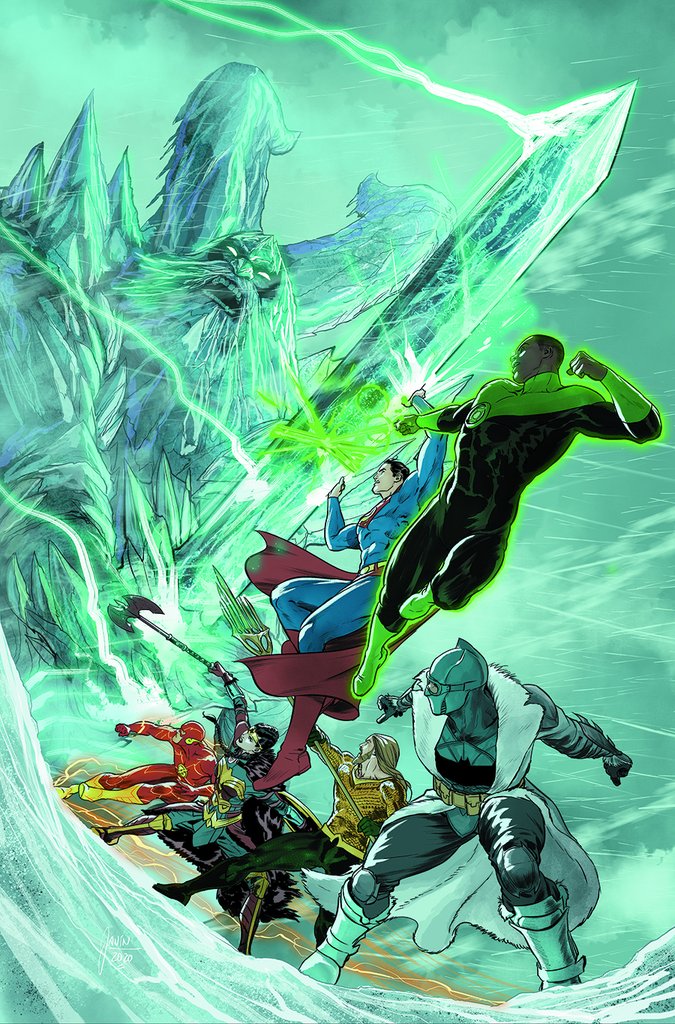 JUSTICE LEAGUE ENDLESS WINTER #2 (OF 2)
âEndless Winterâ chapter nine! This is it-the final chapter in the five-week, nine-issue Justice League crossover! With the Frost Kingâs origin revealed, the Justice League must battle the mistakes of the past as well as the global freeze that now threatens the entire population. This issue is snow-packed with characters and action as Superman battles Black Adam while Batman, Wonder Woman, Aquaman, Flash, Green Lantern, Queen Hippolyta, and Swamp Thing face the Frost King and his monstrous army! All of the world is watching, and the Justice League must make a choice.Â 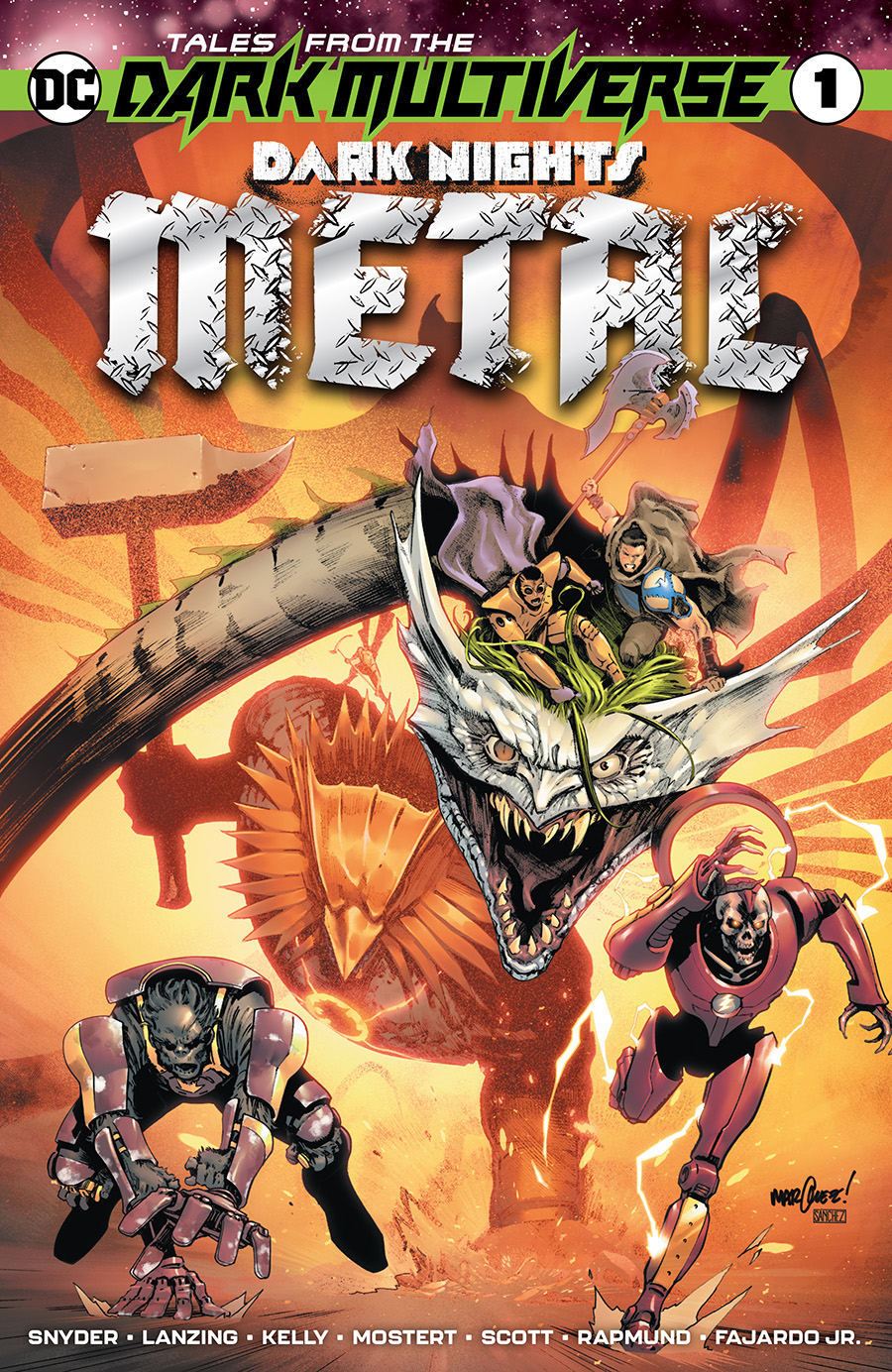 TALES FROM THE DARK MULTIVERSE DARK NIGHTS METAL #1 (ONE SHOT)
In the event-defining epic Dark Nights: Metal, the Justice League defeated the vile Barbatos and his Dark Knights to save our universe from sinking into the abyss of the Dark Multiverse. But…what if they failed? What if Barbatos reigned victorious? Enter an alternate timeline where the DCU as you know it has been dragged down into the darkness. Witness the Justice League you once knew, hideously transformed into dragons who serve at the mercy of evil. Duke Thomas, the Last Monitor, will have to seek out Nightwing and the few remaining survivors of the Metal event to assemble the Final Justice League in an attempt to save the Multiverse. Featuring a story by Metal architect Scott Snyder, rising stars Collin Kelly and Jackson Lanzing, and art by red-hot artist Karl Mostert, you wonât want to miss the biggest, loudest arena rock concert in the history of the DC Universe!