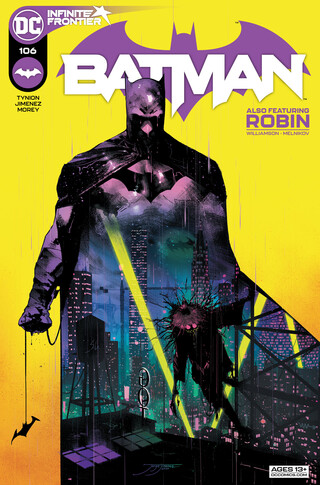 BATMAN #106 (SOLD OUT)
Following the tragic events ofÂ Infinite Frontier #1, Batman and his new ally, Ghost-Maker, must reckon with a new gang operating in Gotham City, but are they connected to the reemergence of the Scarecrow? Meanwhile, shadowy billionaire Simon Saint pitches an advanced law-enforcement system to the new mayor! The creative team behind the epic âThe Joker Warâ returns with a thrill-packed, dangerous new storyline called âThe Cowardly Lot.â

Plus, the backup story âDemon or Detectiveâ begins as Damian Wayne is on the run! After everything Damian has gone through, can he escape Gotham and find his way back to where his journey startedâto his mother, Talia al Ghul? This two-part tale concludes this month inÂ Detective Comics #1034! 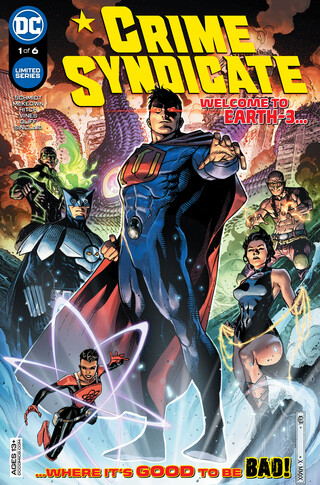 CRIME SYNDICATE #1
Spinning out of Dark Nights: Death Metal, the Multiverse is reborn-and Earth-3 with it! In this six-issue miniseries, witness the true origins of the malevolent makers of mayhem known as the Crime Syndicate as a common foe unites them! But how long can alliances last between villains like these? Also in this issue, itâs the origin of Ultraman in our special backup story drawn by superstar artist Bryan Hitch! 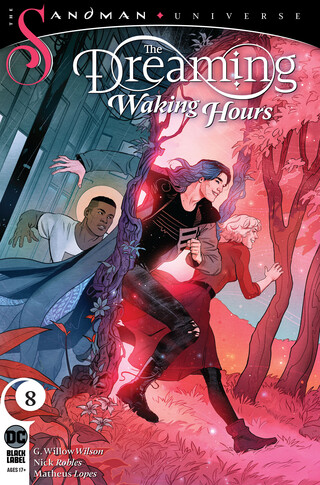 DREAMING WAKING HOURS #8
âThe Faerie King,â the next major arc of The Dreaming: Waking Hours, begins here! Heather After has a theory about just where Ruinâs lost love might be foundâ¦but the realm of Faerie is a dangerous place under the best of circumstances, and as Ruin, Heather, and Jophiel will quickly find when they cross between worlds, the circumstances there have changed quite a bit! Donât miss this jumping-on point for the series The Hollywood Reporter calls âa contemporary version of what Gaiman had achieved with The Sandmanâ!Â 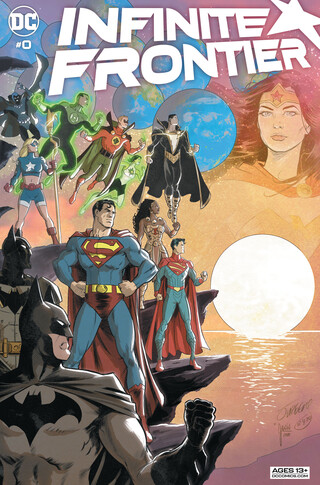 INFINITE FRONTIER #0 (ONE SHOT)
The next phase of the DC Universe begins here!Â Dark Knights: Death MetalÂ presented the darkest threats of the Multiverse.Â DC Future StateÂ revealed what may lie ahead. Now itâs time to look into theÂ Infinite FrontierÂ of the current-day DC Universe.

In Gotham City, the Joker jolts citizens awake with an attack even the Dark Knight never expected. In Brazil, a young woman discovers her destiny and her connection to the Amazons. In Belle Reve, Amanda Waller plots an invasion of Arkham Asylum. In the far reaches of space, Mongul dreams of galactic domination, while the Green Lantern Corps hosts a summit of its greatest enemies. At the Hall of Justice, the League joins forces with Black Adam. Beyond the mortal world, Wonder Woman settles into a new role in the godsphere. And somewhere in the DC Universe, itâs the return of Stargirlâin an all-new tale written by Geoff Johns!

This oversized, all-star issue kicks off the next great era of storytelling and excitement as top writers and artists reveal whatâs next for the Worldâs Greatest Heroes and opens the door to some of the greatest stories of 2021. 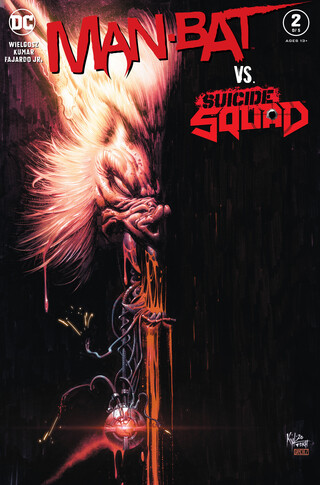 MAN-BAT #2 (OF 5)
Man-Bat is on the run from the law following a horrific night of blood and mayhem on the streets of Gotham. But the police arenât what Kirk Langstromâs monstrous alter ego should worry about…itâs Task Force X, better known as the Suicide Squad. To undo the damage he caused, Man-Bat must seek out a cure for the innocents he has injured, all while staying out of the deadly sights of the worldâs most dangerous mercenaries! 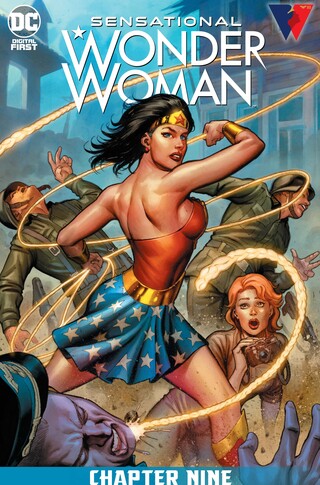 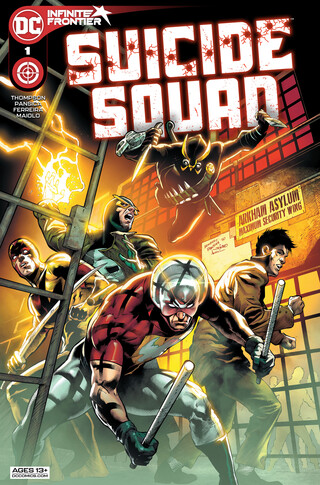 SUICIDE SQUAD #1
Things have changed for Task Force X. As Peacemaker takes over as field leader, there will be no more avenging or defending for the governmentâs top-secret task force of killers, thieves, and criminals. Amanda Waller-now back in control of the Squad-sends a new Squad into Arkham Asylum to ârecruitâ the deadly Court of Owls assassin Talon while she interviews another new candidate: Superboy. 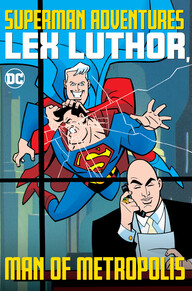 SUPERMAN ADVENTURES LEX LUTHOR MAN OF METROPOLIS TP
As long as Superman has flown over the skies of Metropolis, one man has always sought to take the brave hero down: Lex Luthor! But why does Lex hate Superman so much? See just how devious Supermanâs greatest foe is as experiments with Kryptonite run amok. And Lex isnât just Supermanâs enemy here on Earth-their rivalry will take them to Apokolips and back, as seen in this collection of stories set in the world of the Superman: The Animated Series! Collects Superman Adventures #27, #54-55, and #65-66. 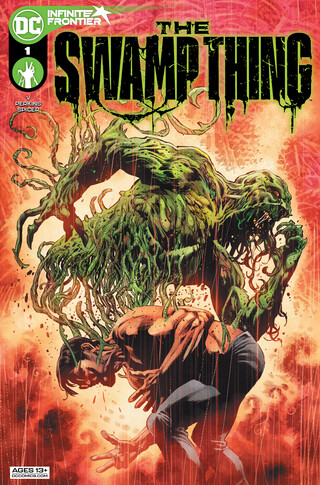 SWAMP THING #1 (OF 10)
Swamp Thing returns in a new 10-issue series that stars Levi Kamei as the next Guardian of the Green. Unable to control his transformation into the monstrous Swamp Thing, Levi is thrust into the harsh, unforgiving mystery of grisly murders committed by a supernatural desert legend. Levi must revisit past events in his homeland of India and face the deadly reality of a ravenous new villain in order to comprehend what he is truly, and horrifyingly, becoming. A new era of global action and horror blossoms here, and Swamp Thing will be at the root of it!