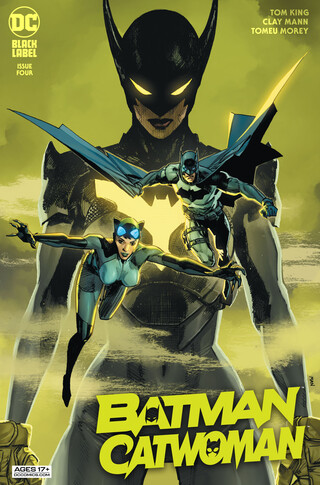 BATMAN CATWOMAN #4 (OF 12)
Art by:Clay Mann
Written by:Tom King
The Joker has hidden a bomb in Gotham-but there might be a bigger explosion if Batman proves his suspicions true, and Catwoman actually knows where it is! Itâs a dangerous secret that threatens to destroy the coupleâs relationship in its early days, and itâs going to reverberate throughout their time together. In the present day, it will affect how Selina handles Andrea Beaumont, a.k.a. Phantasm, who has a vendetta to carry out against the Clown Prince of Crime, fueled by the righteous fury of a mother who lost her son. And this whole chain of events is what ultimately leads to Catwoman killing The Joker in the future-a secret she canât keep from her daughter, Batwoman, much longer. Particularly now that old man Penguin is involved. 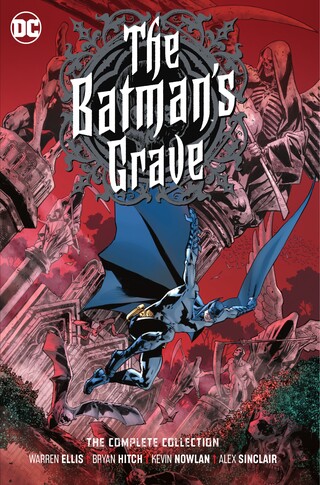 BATMAN’S GRAVE THE COMPLETE COLLECTION HC
The Worldâs Greatest Detective must try to inhabit the mind of a murder victim to solve a case-without filling the empty grave next to those of his parents. Can Batman imagine the life of a corpse with a half-eaten face, without dying himself? A man was murdered, and the Batman knows how it happened. All he has to do now is survive his own deduction. Warren Ellis and Bryan Hitch, the creative partnership behind The Authority, reunite in this tale about life, death, and the questions most are too afraid to ask. Collects The Batmanâs Grave #1-12. 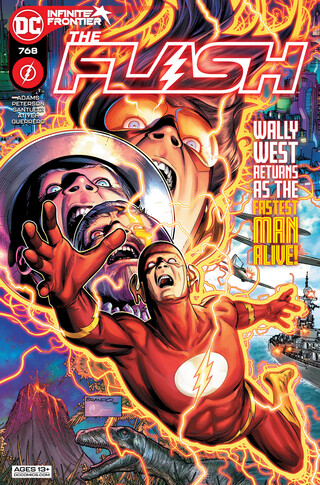 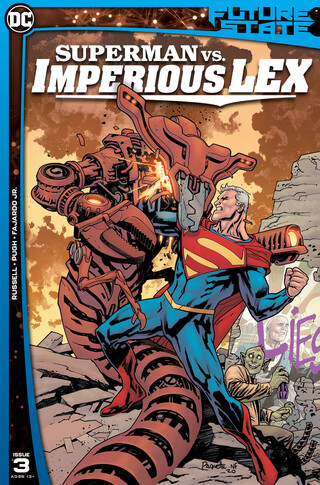 FUTURE STATE SUPERMAN VS IMPERIOUS LEX #3 (OF 3)
Art by:Steve Pugh
Written by:Mark Russell
Could the last days of Lexor be here already? Thanks to Lex Luthorâs greed, his adopted home is on the brink of financial and planetary ruin after leaving the United Planets. Now itâs up to Superman to act as a champion of these people and show them thereâs a way through all of this. Will Lex stand down? Or is this the final showdown? The future of Lexor depends on it! 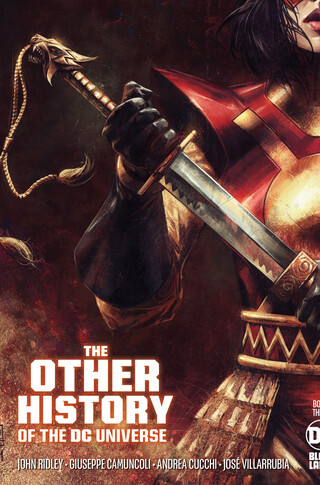 OTHER HISTORY OF THE DC UNIVERSE #3 (OF 5)
Art by:Giuseppe Camuncoli
Written by:John Ridley
1983. Japan. Tatsu Yamashiroâs life has been taken from her. Her home, her children, her husband are all gone. With nothing left but a burning pain and the sword that stole her family from her, Tatsu begins a long journey of healing, self-discovery, agency, and rebirth. This is the story of Tatsu Yamashiro, the woman known to many as Katana-a hero who became more than the world ever intended for her, ultimately making a family of like-minded Outsiders who rally together for the common good amidst xenophobia and oppression. The long-awaited miniseries written by Academy Award-winning screenwriter John Ridley (12 Years a Slave, Let It Fall) and beautifully illustrated by Giuseppe Camuncoli and Andrea Cucchi continues to look at the mythology of the DC Universe as seen through the prism of DC Super Heroes who come from traditionally disenfranchised groups. 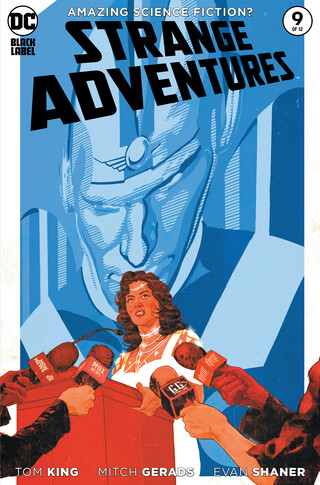 STRANGE ADVENTURES #9 (OF 12)
Art by:Evan “Doc” Shaner,Â Mitch Gerads
Written by:Tom King
The Pykkts are attacking Earth. As the only warrior in all the cosmos to ever defeat them, Adam Strange leads the planetâs mightiest heroes in all-out war! The only thing is, evidence is mounting that Adamâs victory on Rann may not have been everything he says it was. There is time unaccounted for, circumstances left unexplained. Even Batman has started to wonder about his friend. Sure, they are fighting side by side right now, but who will answer for all the things that got them here? Why, Alanna Strange, of course! Itâs time for the Rannian princess to go out and set the record straight. The hit series continues on a bimonthly schedule. 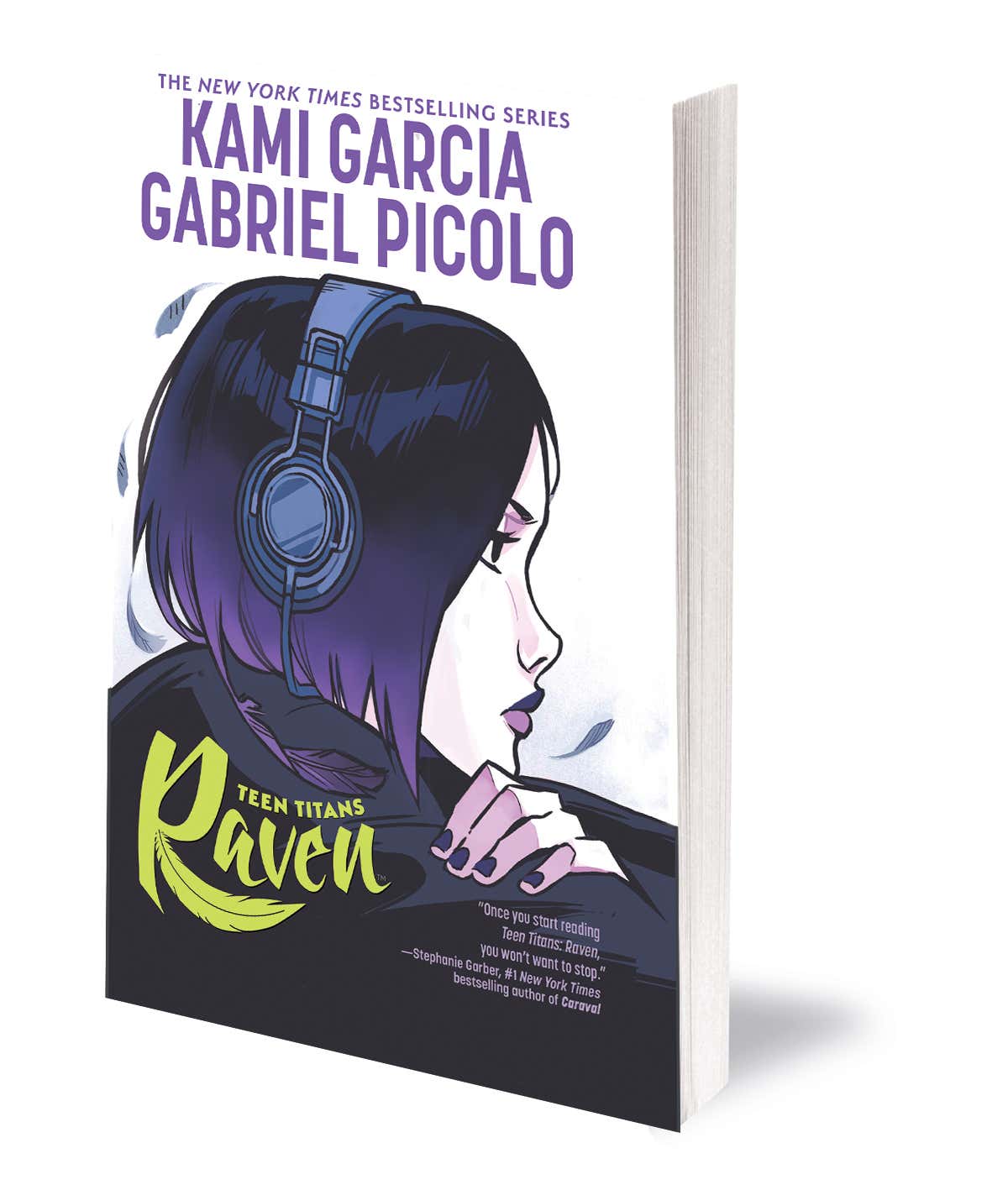 TEEN TITANS RAVEN HC
Now in hardcover, this New York Times bestselling book makes the perfect addition to any library and the perfect gift for fans! When a tragic accident takes the life of 17-year-old Raven Roth…