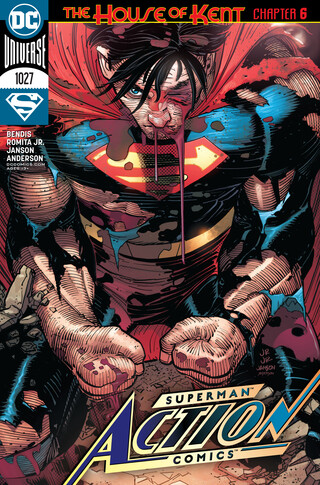 ACTION COMICS #1027
Is Superman on the ropes? An epic battle rages across the skies of Metropolis! The House of Kent, Superman, Superboy, Supergirl, the Legion of Super-Heroesâ Brainiac 5, and Young Justiceâs Conner Kent all unite to face an enemy from another dimension unleashed by the Invisible Mafia! This kind of power can lay waste to an entire family of super-people! All of this plus the future of the Daily Planet revealed! Another epic Superman story for the ages by the team of Bendis, Romita Jr., and Janson! 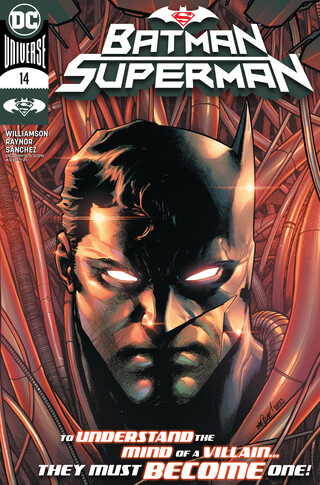 BATMAN SUPERMAN #14
NEW VILLAIN ALERT: THE COMPOSITE BATMAN/SUPERMAN! Enter the Composite Batman/Superman! The Dark Knight and the Man of Steel are trapped inside the Brainiac protocolâs deadly moon base, and this psychotic A.I. will not stop until it has merged with the beings it believes are its creators! And merging is exactly what our heroes are doing, as the deadly new fusion of the Worldâs Finest duo emerges to wreak havoc in the name of Brainiac! Can Steel and Batwoman turn the tide and save their friends? 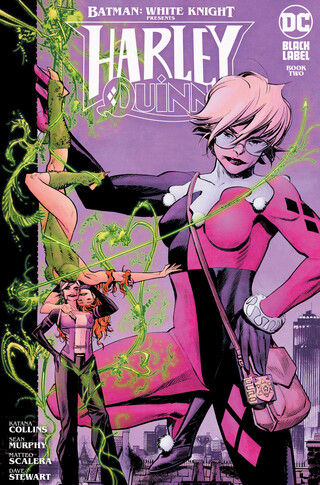 BATMAN WHITE KNIGHT PRESENTS HARLEY QUINN #2 (OF 6)
Gotham Cityâs elusive serial killer, the Starlet, and her mysterious benefactor reach the pinnacle of their power, terrorizing the city and teasing the GCPD with strange clues and a famous new victim. Harley goes rogue and hunts down a shocking major lead in the case, but her ruthless style backfires and she puts herself at the mercy of Commissioner Montoya for a shot at redemption. When FBI Agent Hector Quimby becomes an ally in a crucial moment, he and Harley forge a partnership that will soon take them down a familiar and ominous road. 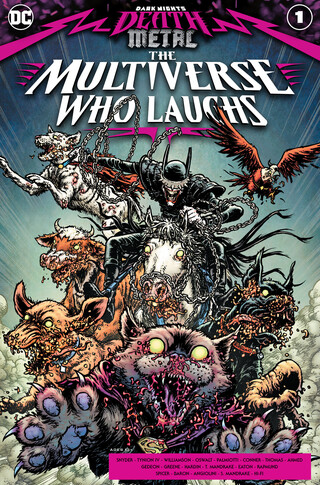 DARK NIGHTS DEATH METAL MULTIVERSE WHO LAUGHS #1 (ONE SHOT)
The DC Multiverse is a collection of alternate-reality worlds where anything is possible. Each world tells the tale of a possible split in reality, or shows how lives vary depending on a single, solitary decision. But now that the Multiverse has been destroyed, the Batman Who Laughs has used his god like power to create a new Dark Multiverseâ¦a collection of 52 evil worlds, each more terrifying than the last. This one-shot offers the curious-and the brave-a glimpse into the nightmare realities that the Batman Who Laughs has created in tales by creators who know what it means to have a truly twisted sense of misfit humor. An Arkham Asylum even more terrifying than what we know? A world of evil Super Pets? All that and more in these new tales of the Multiverse Who Laughs! 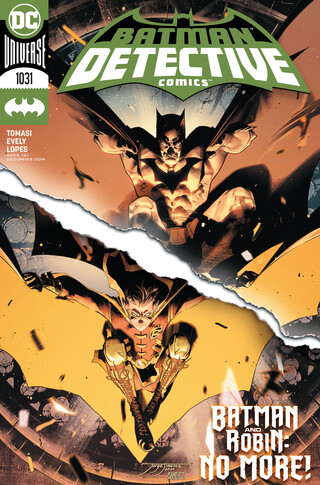 DETECTIVE COMICS #1031
Damian Wayne has made his move against a familiar threat from Bruce Wayneâs pastâso why has the former Boy Wonder targeted none other than Tommy Elliot, a.k.a. Hush? It may have something to do with the Black Casebook that Bruce liberated from the Jokerâs territory in the monumental Detective Comics #1027…but how far will Damian go to avenge this grudge from his fatherâs past? 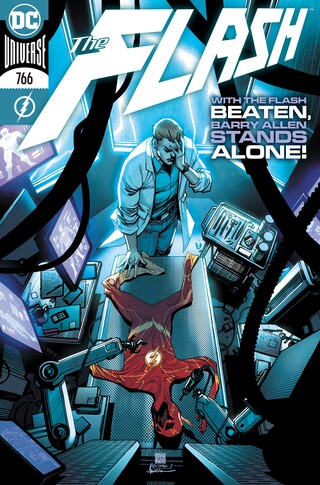 FLASH #766
In the final showdown with Dr. Alchemy, the Flashâs powers prove almost useless and his intellect outmatched! How can Barry Allen beat a foe who thinks three steps ahead? The Fastest Man Alive will have to play catchup…but it may not be enough to save himself or Central City. 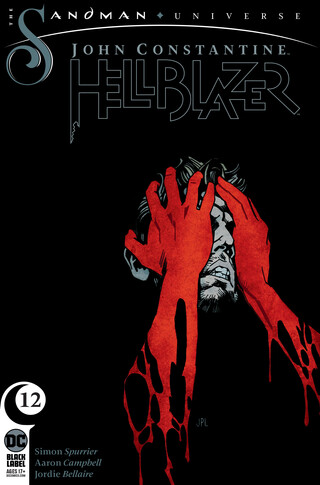 JOHN CONSTANTINE HELLBLAZER #12
FINAL ISSUE John Constantine faces his final reckoning with the older version of himself whoâs been seeding magical chaos all around England, while the lives of all his friends hang in the balanceâ¦and that is not a good situation for John Constantineâs friends. Can the evil in Johnâs heart ever be contained? Or will it reach out and destroy the one life he would give anything not to corrupt? 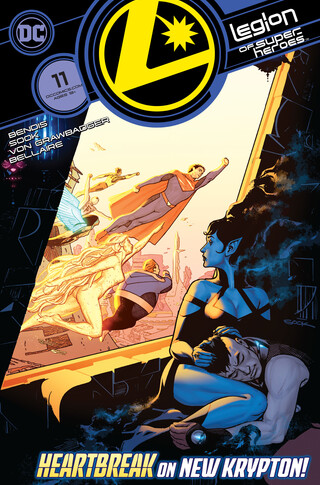 LEGION OF SUPER-HEROES #11
For a thousand years, the planet Krypton has been rebuilding itself, and the House of Zod has kept the legacy of Krypton alive throughout the galaxy. For a thousand years, the capital city of Kandorâhome of the hero known as Mon-Elâhas been a beacon of hope across the universe. But now the shocking news that Superboy has come to live in the 31st century with the Legion of Super-Heroes has awoken Kryptonâs greatest foe! How can the Legion of Super-Heroes stop the destruction of New Krypton? Plus, delve into the mystery behind Gold Lantern! 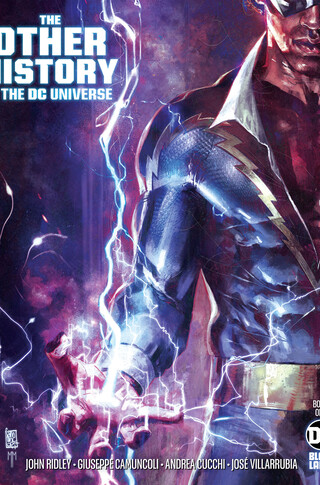 OTHER HISTORY OF THE DC UNIVERSE #1 (OF 5)
Academy Award-winning screenwriter John Ridley (12 Years a Slave, Let It Fall) examines the mythology of the DC Universe in this compelling new miniseries that reframes iconic moments of DC history and charts a previously unexplored sociopolitical thread as seen through the prism of DC Super Heroes who come from traditionally disenfranchised groups.

This unique new series presents its story as prose by Ridley married with beautifully realized color illustrations from a selection of exciting illustrators and comics artists. Alex Dos Diaz provides art for #1, which follows the story of Jefferson Pierce, the man who will one day become Black Lightning, as he makes his way from being a young track star to a teacher and, ultimately, to his role as a hero.

Future issues focus on characters such as Karen and Mal Duncan, Tatsu Yamashiro and Renee Montoya. 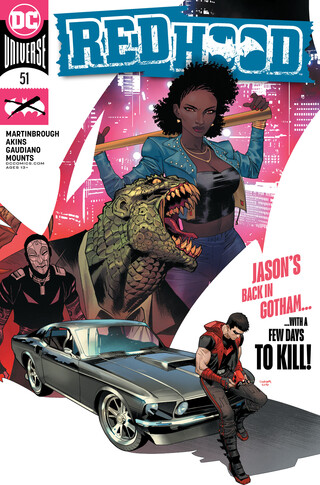 RED HOOD #51
A new era begins for the Red Hood! With his Outlaw days behind him, Jason Todd returns home to Gotham City. While he plots whatâs next for Red Hood, he tracks down a childhood friend now living in the Hill. As Gotham City reels from the effects of âThe Joker War,â Jason finds himself caught in the crossfire between vigilante protectors of the historic neighborhood and a rising criminal element intent on seizing power! 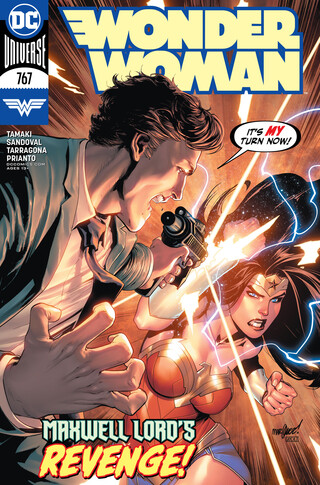 WONDER WOMAN #767
The final battle between Maxwell Lord and Wonder Woman is here-and itâs winner take all in the war-torn nation of Vlatava! This rivalry has spanned many years and many timelines, but Diana of Themyscira has a thing or two to say to her adversary: âNo more!â This will be a fight for the ages-weâve seen the art, so we know! Plus, donât miss the return of Liar Liar!