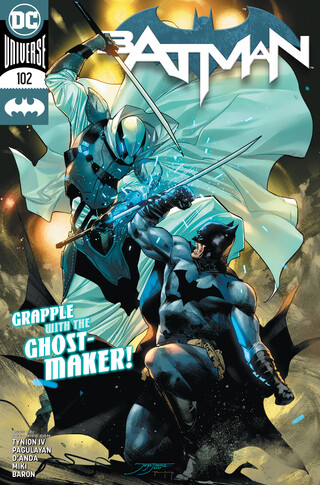 BATMAN #102
Bruce Wayne and the city he loves have changed dramatically following the events of âThe Joker War,â but Batman and his mission are eternal. But not everyone thinks that should be the case… The mysterious vigilante known as Ghost-Maker has known Bruce since they were teenagers, and heâs made his decision. Itâs time Gotham City had a new hero. 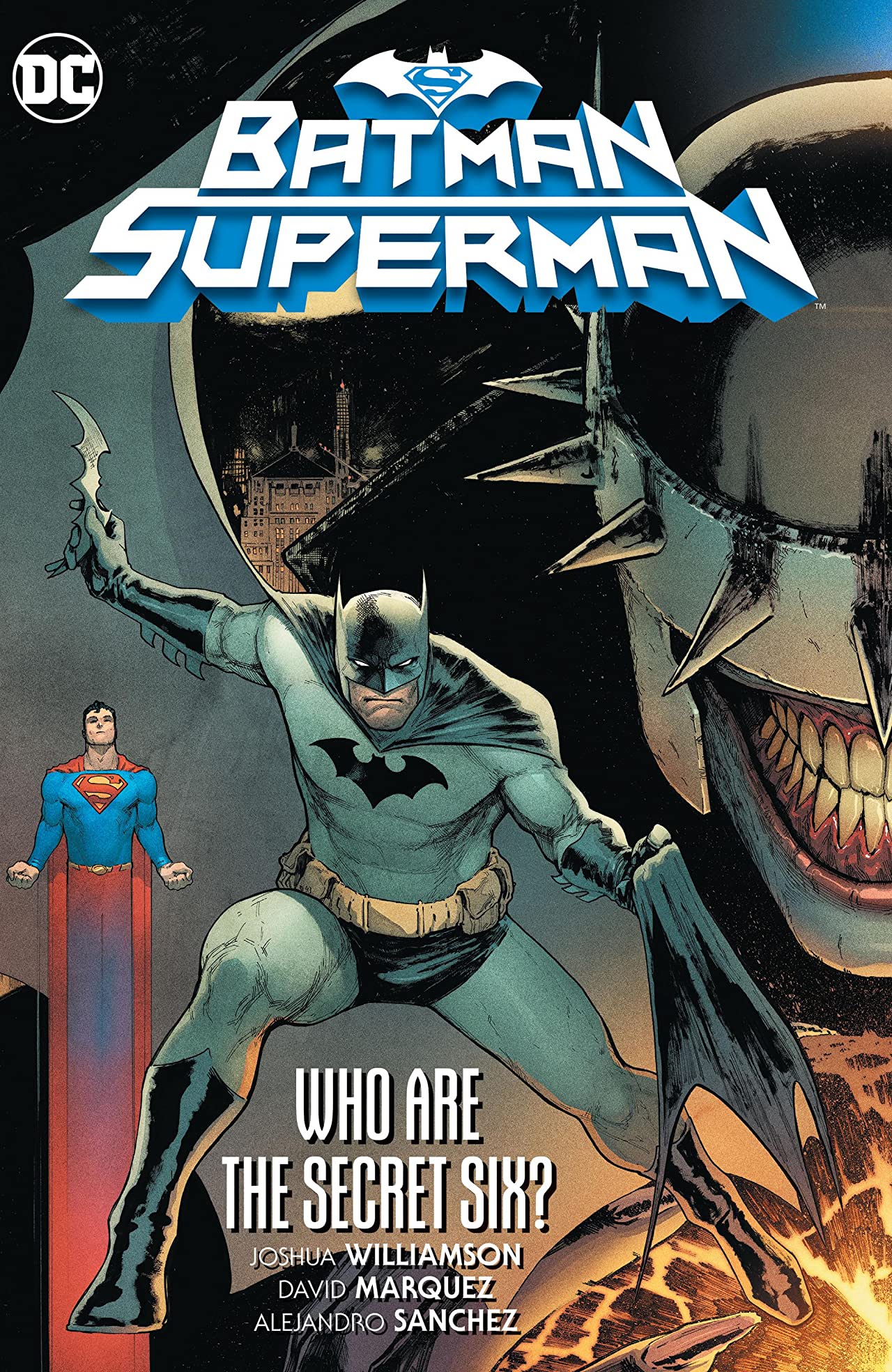 BATMAN SUPERMAN VOL 01 WHO ARE THE SECRET SIX TP
Up in the sky, in the dark of the night, trust no one-for the Secret Six walk among us. Spinning out of the devastating events of The Batman Who Laughs, Superman and Batman are together once more and facing a terrifying new threat that could strike from anywhere. The Dark Knight and the Man of Steel must journey into the depths of Gotham City to learn which of their fellow heroes have become the horrifying horsemen of their most dangerous and deranged foe ever, with Shazam!, Supergirl, and more transformed into their twisted Dark Multiverse reflections. Our heroes will need to fight to survive, but an even more dangerous question lurks in the shadows: Can Superman and Batman even trust each other? The road to Year of the Villain: Hell Arisen and beyond starts here! Collects Batman/Superman #1-6. 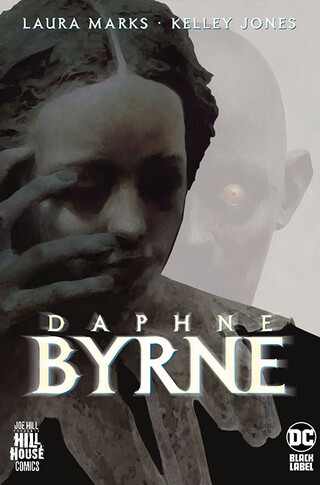 DAPHNE BYRNE HC
In the gaslit splendor of late 19th-century New York, rage builds inside 14-year-old Daphne. The sudden death of her father has left her alone with her grief-stricken mother who becomes easy prey for a group of occultists promising to contact her dead husband. While fighting to disentangle her mother from these charlatans, Daphne begins to sense a strange, insidious presence in her own body…an entity with unspeakable appetites. What does âBrotherâ want? And could Daphne stop him even if she tried? Writer Laura Marks (TVâs Ray Donovan, The Expanse, and The Good Fight) and horror comics legend Kelley Jones (The Sandman, Batman: Red Rain) join forces to unleash spirits from beyond into DCâs Hill House Comics, curated by Joe Hill! 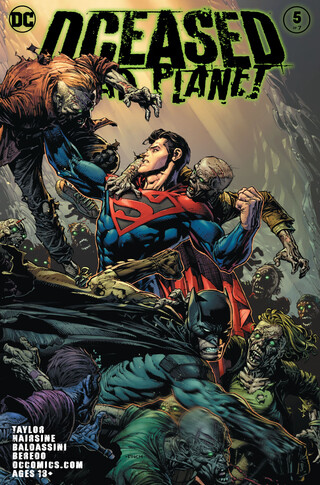 DCEASED DEAD PLANET #5 (OF 7)
team on a mission so insane it could have only been hatched by the man they call Hellblazer! But time is running out to save the infected on Earth-because a fate worse than death is coming! 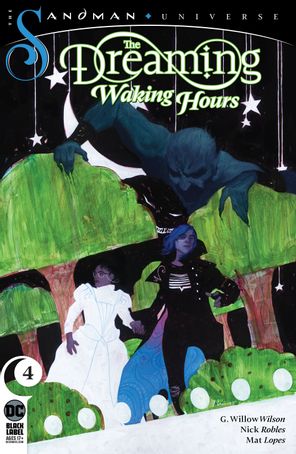 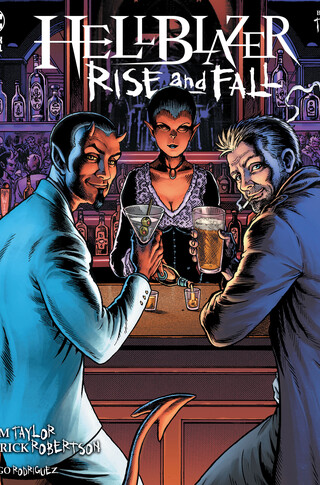 HELLBLAZER RISE AND FALL #2 (OF 3)
John Constantine has been in trouble before, but running afoul of the Devil himself is crossing a line even for the self-styled Hellblazer. But thatâs exactly who darkens Constantineâs door with news that Johnâs investigation into the gruesome âangel murdersâ of Londonâs billionaire class and Satanâs own vendetta against a treacherous demon are actually the same mission. Whatâs that mean? You guessed it: Itâs time for a team up! 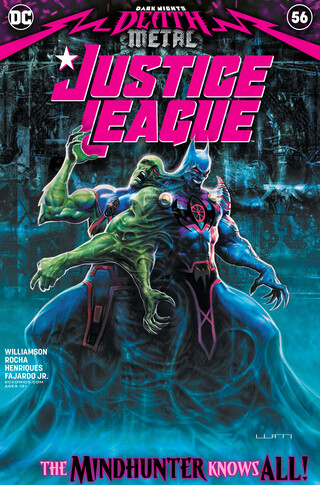 JUSTICE LEAGUE #56
âDoom Metalâ part four of five! In this Dark Nights: Death Metal tie-in issue, the Justice League has nowhere left to hide from the agents of Perpetua. The towering, nightmarish Omega Knight hunts them to the edges of Brimstone Bay and will stop at nothing until the team is obliterated! And all the while, above Perpetuaâs throne, Hawkgirl battles the Mindhunter for the soul of the man she loves: Martian Manhunter! 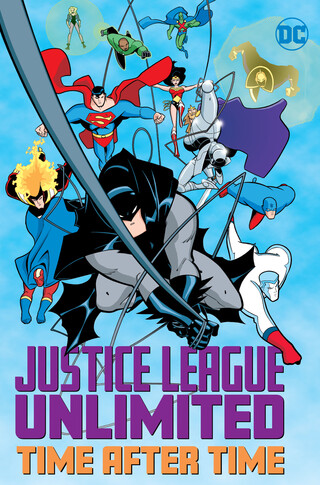 JUSTICE LEAGUE UNLIMITED TIME AFTER TIME TP
No matter where-or when-evil hides, the Justice League is ready to defeat it! This collection of all-ages stories set in the animated world of Justice League Unlimited include a trip to the future where our heroes team up with the Legion of Super-Heroes to try to defeat Kilg%re! The Justice League also travel to medieval Camelot-helping Shining Knight defend his kingdom from Morgan Le Fey and her evil army! And itâs a trip to the Wild West as Wonder Woman, Elongated Man, and Vigilante enlist the help of Jonah Hex, Bat Lash, and El Diablo to go up against the Time Commander! Collects Adventures in the DC Universe #10, Justice League Adventures #28, #30, and #34, and Justice League Unlimited #9 and #19. 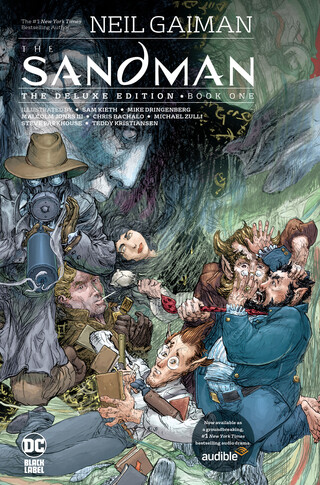 SANDMAN THE DELUXE EDITION BOOK ONE HC
The first volume of The Sandman is collected for the first time in a deluxe edition!

As the story begins, an occultist attempting to capture Death to bargain for eternal life traps her younger brother Dream instead. After his 70-year imprisonment and eventual escape, Dream, also known as Morpheus, goes on a quest for his lost objects of power. On his arduous journey, Morpheus encounters Lucifer, John Constantine and an all-powerful madman. Collects The Sandman #1-16 and Sandman Midnight Theatre #1, featuring the one and only meeting of Morpheus and Wesley Dodds, the Golden Age Sandman. 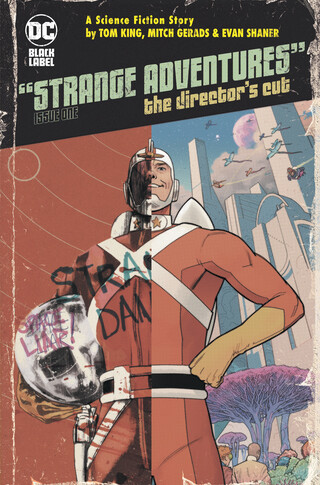 STRANGE ADVENTURES DIRECTORS CUT #1 (ONE SHOT)
Pull back the curtain on one of 2020âs most compelling new miniseries in this special Directorâs Cut issue. This special gives readers a peek at the black-and-white art by Evan âDocâ Shaner and Mitch Gerads-highlighting how they switch back and forth, and showcasing their individual techniques-and also presents the script so you can see how writer Tom King lays it all out. Itâs an unprecedented look at how a comic comes together. 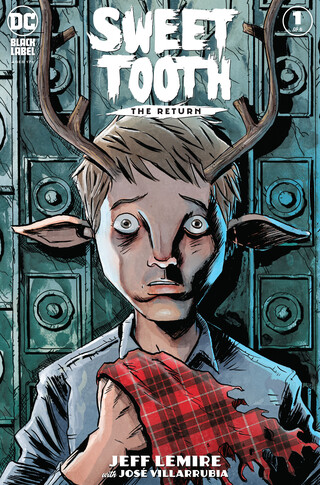 SWEET TOOTH THE RETURN #1 (OF 6)
Once upon a time there was a little boy named Gus. He had antlers and lived with his father in a little cabin in the woods. Then his father died, and the big man with cold eyes took Gus away. Gus went on many great adventures, found friends, love, happiness, family, and acceptance. Now, years laterâ¦it begins again. A young boy with antlers and deer-like feature wakes in a bizarre and completely foreign world where the last humans struggle to survive. They tell the boy he is special, he is chosen, and that he alone can lead them back to a world dominated by the oppressive Hybrids. Sweet Tooth: The Return is no re-hash of the original series, but rather a bold re-imagining of the Sweet Tooth mythology; taking elements of the original series and remixing them into something familiar, but totally new. A divided world. A planet long ago past the point of devastation. And at the center of it all, a child who didnât ask to be born into any of this, but who has no choice but to try and forge some life for himself. His visions and dreams may not be real at allâ¦they may just be fiction. But they are hope. And sometimes hope is enough. Acclaimed writer/artist Jeff Lemire reunites with colorist JosÃ© Villarubia to bring you the next chapter in the saga of DCâs acclaimed series Sweet Tooth! 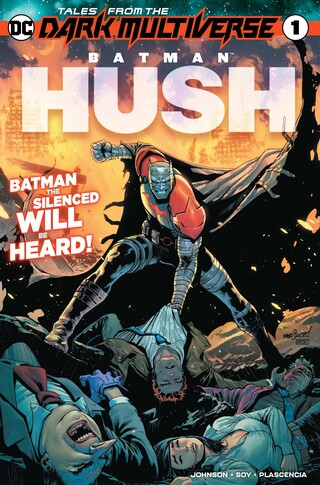 TALES FROM THE DARK MULTIVERSE BATMAN HUSH #1 (ONE SHOT)
Following the smash success of last yearâs Tales from the Dark Multiverse series, DC returns with five new tales that explore dark, twisted timelines spinning out some of DCâs most iconic stories. It begins with the story that kicked off the modern era for Batman…âHushâ! The landmark story introduced Bruce Wayneâs childhood friend Tommy Elliot as he tried to destroy the Dark Knight…but what if Tommy had ruined Bruceâs life when they were children? Tommy Elliot grew up to be the Dark Prince of Gotham City with the help of Talia al Ghul, Oswald Cobblepot, Harvey Dent, and Jason Todd! But vengeance is coming in the form of Batman the Silenced…who will tear Tommyâs life apart! Written by rising star Phillip Kennedy Johnson (The Last God) with jaw-dropping artwork from Dexter Soy (Batman and the Outsiders)! 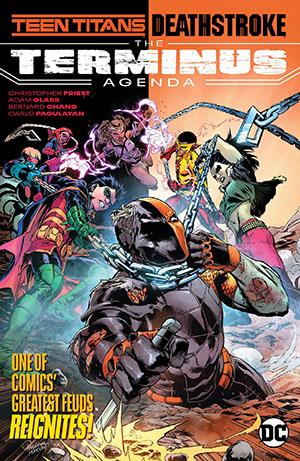 TEEN TITANS DEATHSTROKE THE TERMINUS AGENDA TP
The hunter becomes the hunted as the Teen Titans set out to end Deathstroke once and for all in these tales from Deathstroke #41-43 and Teen Titans #28-30. Deathstroke’s body count has grown even higher after murdering his therapist en route to escaping from Arkham Asylum, which prompts Commissioner Gordon… 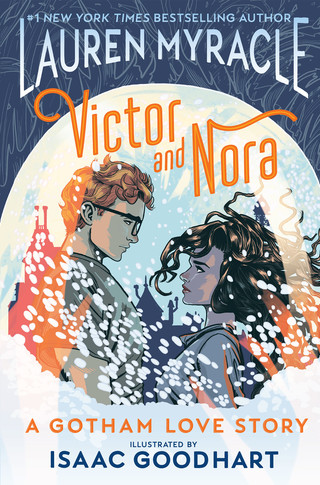 VICTOR AND NORA A GOTHAM LOVE STORY TP
New York Times bestselling author Lauren Myracle (ttyl, ttfn) and artist Isaac Goodhart (Under the Moon: A Catwoman Tale) reunite in this gorgeous YA story about living life to the fullest, and how far one will go for love.

Seventeen-year-old Victor Fries has a cold heart. After his brother died in a tragic house fire that Victor feels responsible for, his parents have isolated themselves, and Victor has dedicated his whole life to one thing: science.

Nora Kumar is full of life. She is suffering from an incurable illness that will slowly consume her, so sheâs decided to live her last days to the fullest at her summer home in Gotham City until her birthday, the day she plans to take her own life.

When Victor and Nora meet one day at the cemetery outside of town, they are astonished to find the connection theyâve been missing in their lives. Their summer quickly spirals into a beautiful romance, and Victorâs cold heart is able to thaw, allowing him to begin to enjoy life just a little more. But when Victor learns of Noraâs illness, heâs driven to try to find a solution to keep from losing another person he lovesâ¦by whatever means he can.

Victor & Nora: A Gotham Love Story is a tragic tale about living life to the fullest and what it truly means to loveâ¦and to let go.