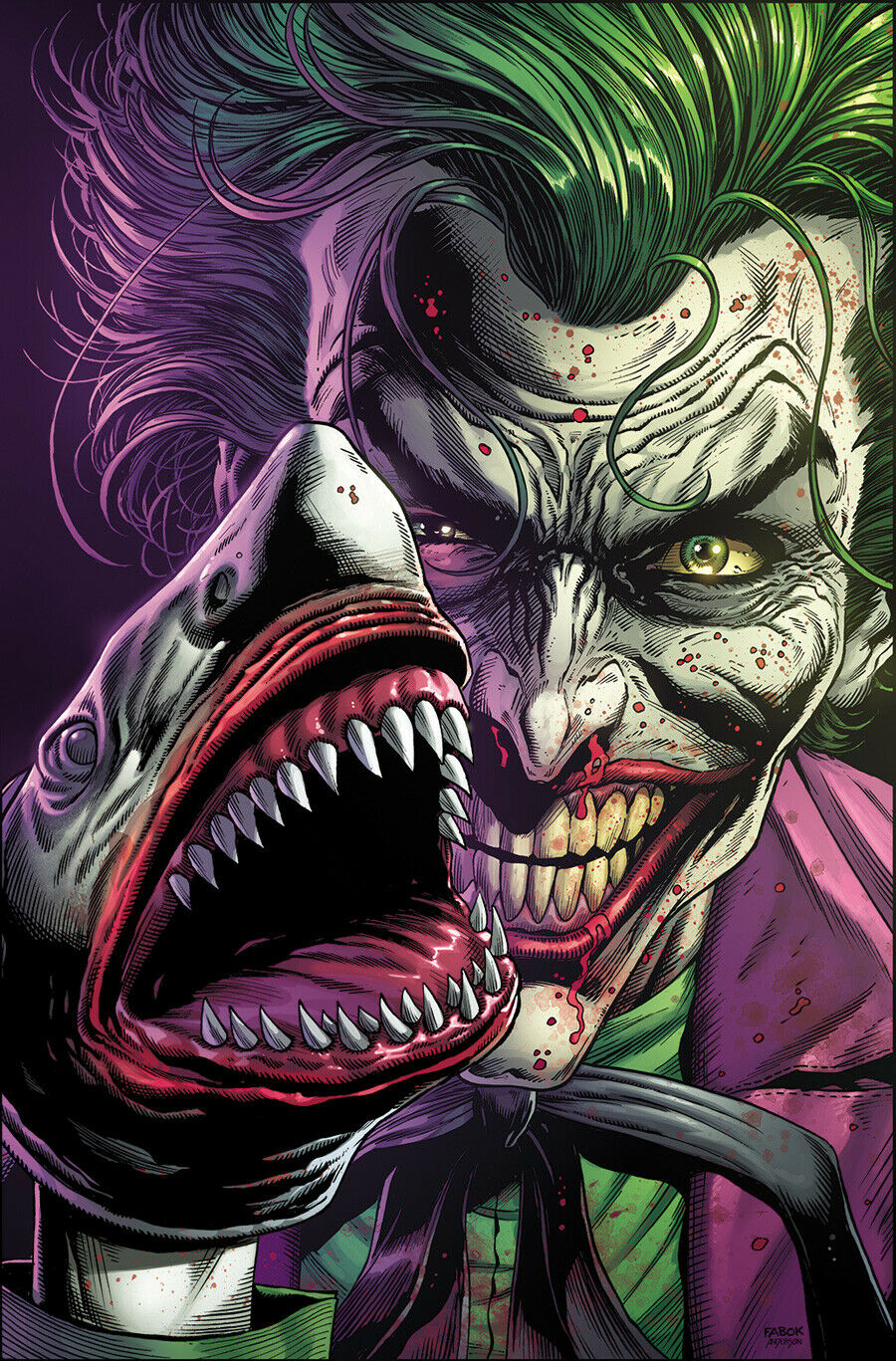 BATMAN THREE JOKERS #1 (OF 3) 2ND PTG
Thirty years after Batman: The Killing Joke changed comics forever, Three Jokers reexamines the myth of who, or what, The Joker is and what is at the heart of his eternal battle with Batman. New York Times bestselling writer Geoff Johns and Jason Fabok, the writer/artist team that waged the ‘Darkseid War’ in the pages of Justice League, reunite to tell the ultimate story of Batman and The Joker! After years of anticipation starting in DC Universe: Rebirth #1, the epic miniseries you’ve been waiting for is here: find out why there are three Jokers, and what that means for the Dark Knight and the Clown Prince of Crime. It’s a mystery unlike any Batman has ever faced! PRESTIGE FORMAT. 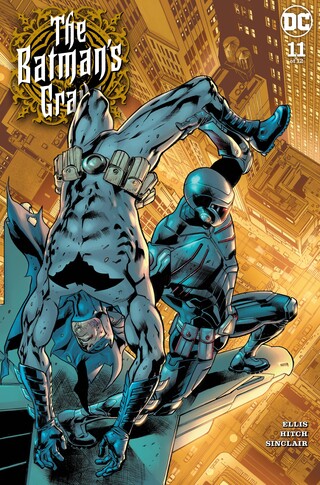 BATMANS GRAVE #11 (OF 12)
Scornâs plan is revealed, and it is nothing less than the reshaping of the structure of Gotham City. Where the Batman imagines a city without crime, Scorn wants a city built on it. The Batman canât think like him, though-heâs half-dead already! 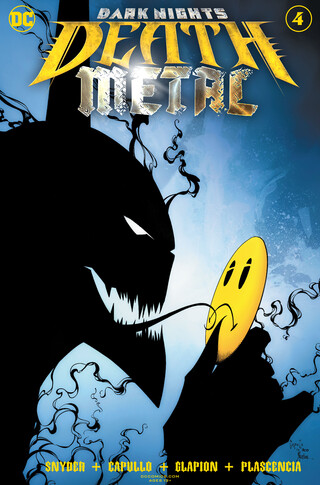 DARK NIGHTS DEATH METAL #4 (OF 7)
Art by:Greg Capullo
Written by: Scott Snyder
Wonder Woman, Batman, and Superman are trapped in nightmare worlds within the Dark Multiverse! Theyâll need to face down their fiercest foes once again if they hope to accomplish their mission and bring back a power capable of stopping the Darkest Knight. But what horrors has he unleased on Earth while theyâve been locked away?! 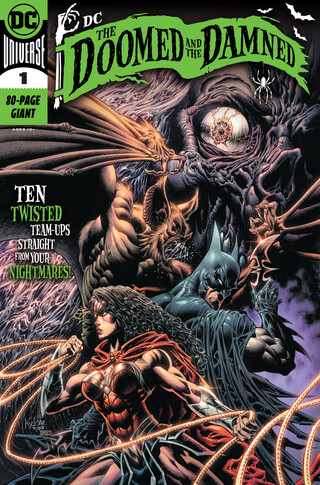 It was a dark and stormy night when the creatures of the DC Universe began to emerge from their lairs into the cool evening air. Tales of the macabre, the murderous, and the morbid abound in this spine-chilling special about monsters and mayhem! What happens when Batman encounters a true urban legend after speaking its name three times in a mirror, or when Madame Xanadu enlists the help of Man-Bat to take down a shadowy specter? And who can stop an intergalactic demon from turning people into frog beasts? Only the unlikely team-up of Green Lantern and Etrigan! All this and seven more fang-tastic tales to trick your treats and bob your apples. 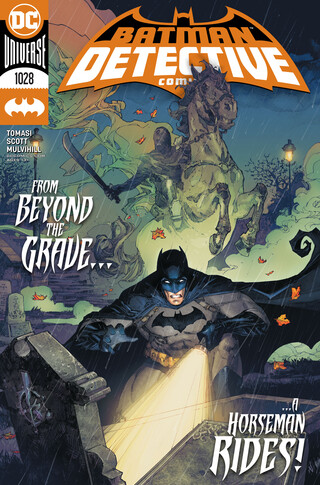 DETECTIVE COMICS #1028
Spinning out of the events of âThe Joker Warâ and Detective Comics #1027 comes a tale of the beginning of the end for Gotham Cityâs status quo. With tensions flaring and a new mayoral candidate making his anti-hero agenda known to the city, Batman and his allies are stretched thin to keep the peace. But just as things couldnât look any worse, a string of gruesome murders has left a trail of the most corrupt in Gotham City losing their heads…literally. If Batman doesnât quickly find the killer-the Dark Knight will be next. 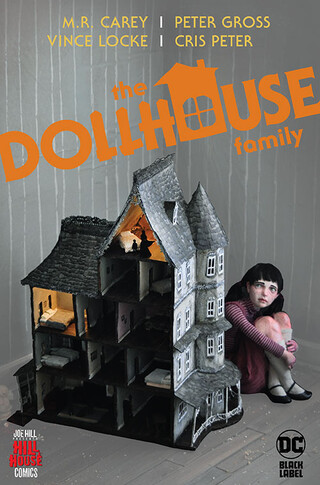 DOLLHOUSE FAMILY HC
On Aliceâs sixth birthday, her dying great-aunt sent her the birthday gift she never knew she always wanted: a big, beautiful 19th-century dollhouse, complete with a family of antique dolls. In no time at all, the dollhouse isnât just Aliceâs favorite toy…itâs her whole world. And soon, young Alice learns she can enter the house to visit a new group of friends, straight out of a heartwarming childrenâs novel: the Dollhouse family. But while the Dollhouse family welcomes her with open arms, in the real world, her family life is becoming much more complicated…and deep within the Dollhouseâs twisting halls, the Black Room waits, with an offer to Alice. The house can fix all this, the Black Room says. All she has to do is say the words… From there unfolds a twisty, surreal, multigenerational horror tale that echoes into centuries past, into Aliceâs tormented future, and into the beating heart of the madness that makes up our world…literally. Collects The Dollhouse Family #1-6. 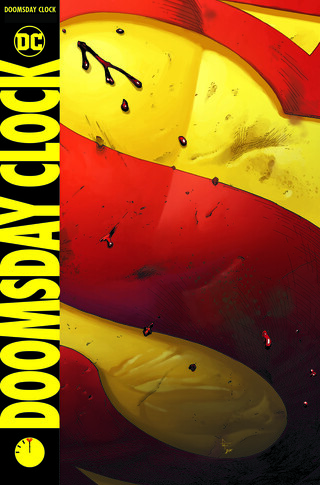 DOOMSDAY CLOCK THE COMPLETE COLLECTION TP
The story you thought youâd never see-now collected in one volume! The world of Watchmen collides with the DC Universe, as presented by master storytellers Geoff Johns and Gary Frank (Shazam!: Origins, Batman: Earth One). Seven years after the events of Watchmen, Adrian Veidt has been exposed as the murderer of millions. Now a fugitive, he has come up with a new plan to redeem himself in the eyes of the world. The first step? Finding Dr. Manhattan. Alongside a new Rorschach and the deadly new duo Mime and Marionette, he follows Manhattanâs trail into the DC Universe-which is on the brink of collapse as international tensions push the âDoomsday Clockâ ever closer to midnight. Is this all Dr. Manhattanâs doing? Collects Doomsday Clock #1-12. 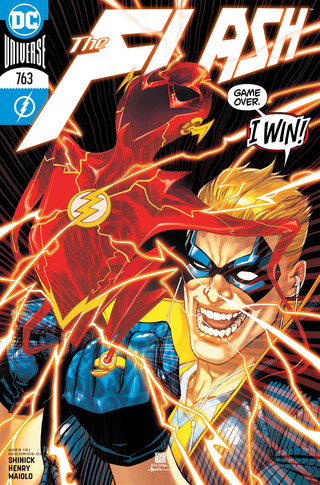 FLASH #763
The secret history of Barry Allenâs Flash ring is revealed as the Scarlet Speedster tangles with the Trickster in a tale that starts out as fun and games but ends with a last-page cliffhanger no reader will see coming. Donât skip to the end! Donât spoil it for friends! Donât miss this inaugural issue of The Flash by the new series team of writer Kevin Shinick and rising-star artist Clayton Henry. 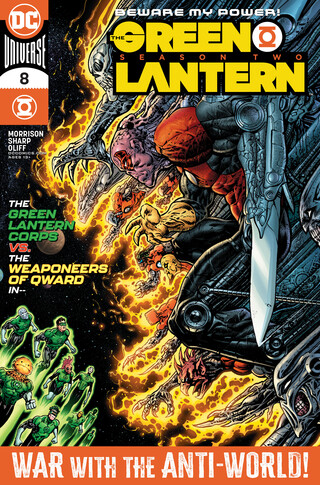 GREEN LANTERN SEASON TWO #8 (OF 12)
War with the Anti-Matter World! The cliffhanger to Season One led to this cataclysmic confrontation! We saw that only one anti-matter soldier could decimate a small army of Green Lanterns. What happens when a horde of them strike? 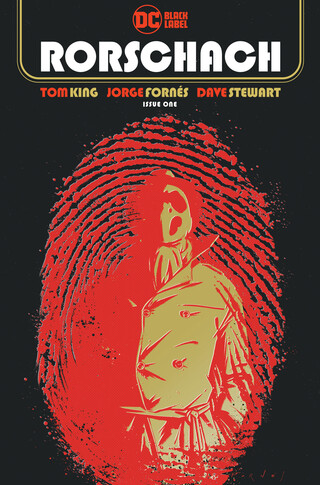 RORSCHACH #1 (OF 12)
Itâs been 35 years since Ozymandias dropped a giant interdimensional squid on New York City, killing thousands and destroying the publicâs trust in heroes once and for all. And since that time, one figure in a fedora, mask, and trenchcoat has become a divisive cultural icon. So what does it mean when Rorschach reappears as an assassin trying to kill a candidate running against President Robert Redford? Who is the man behind the mask, and why is he acting this way? Itâs up to one detective to uncover the true identity of this would-be killerâand it will take him into a web of conspiracies involving alien invasions, disgraced do-gooders, mystic visions, and yes, comic books. Writer Tom King joins forces with artist Jorge FornÃ©s for a new miniseries that explores the mythic qualities of one of the most compelling characters from the bestselling graphic novel of all time, Watchmen. 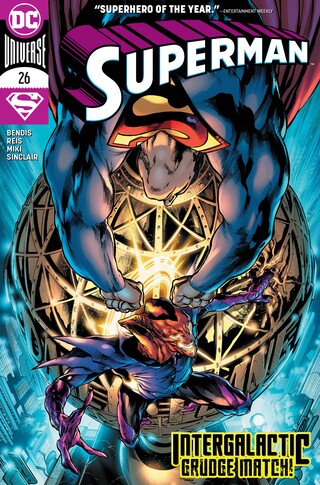 SUPERMAN #26
Art by:Ivan Reis
Written by:Brian Michael Bendis
As Superman deals with the continuing fallout from the world knowing his truth as Clark Kent, he finds himself faced with a physical threat beyond anything he has ever faced before. Synmar traveled across the universe to destroy the Man of Steel. How can Superman contain the havoc this new foe will cause so that everything he has sworn to protect doesnât collapse with him? 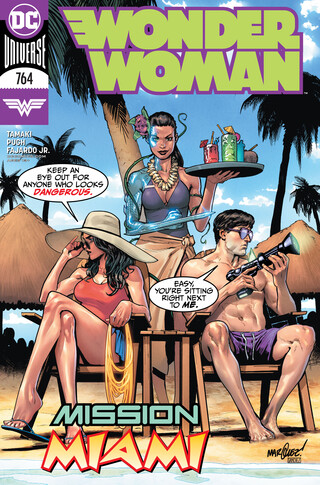 WONDER WOMAN #764
Art by:Steve Pugh
Written by:Mariko Tamaki
Wonder Woman and Max Lord are on the hunt for some missing and extremely dangerous weaponry from Lord Industries, and the search has brought this unlikely duo toâ¦Miami? Fun in the sun will have to wait-because if Diana and Max canât uncover this illegal arms trade, the entire city could be blown sky high! But weâre sure Max Lord will be nothing but helpfulâ¦right?