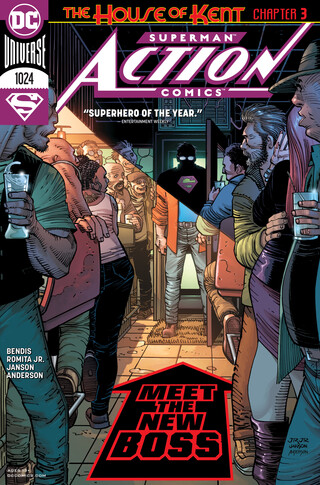 ACTION COMICS #1024
The city of Metropolis has been rocked by Luthorâs latest attack and the drama surrounding Supermanâs truth, and that gives the invisible mafia a new foothold to change the City of Tomorrow forever. Meanwhile, the Daily Planet is under siege! The fallout from Superman: Villains continues as Clark Kent steps out into the world as a reporter for the first time. 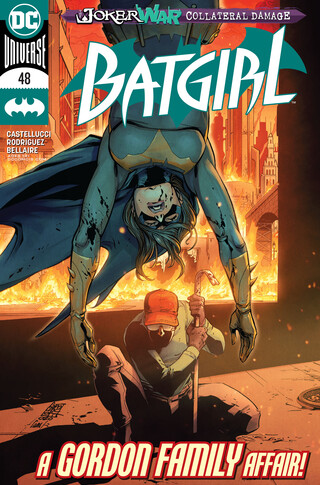 BATGIRL #48
âThe Last Jokeâ part one! Why is Barbara in the hospital and what is James Gordon Jr. doing here? After an encounter with the Joker leaves Barbara temporarily handicapped, Babs is determined to find the technology she needs, but her journeyâs cut short when a redhead-serial killer is on the loose! Whoâs the obsessive freak? And will Gordon Jr. prove to be the changed person he claims to be? 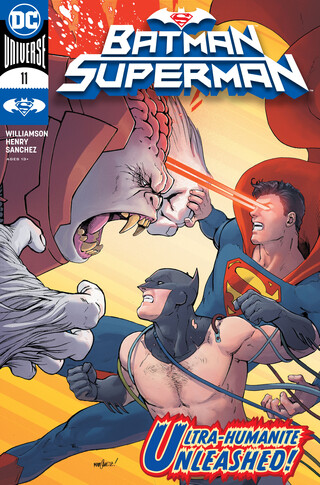 BATMAN SUPERMAN #11
Itâs Superman versus Batman as the deadly machinations of the Ultra-Humanite crash to their end! The Dark Knight has been transformed into a human atomic bomb, all in the name of wiping Superman from the face of the Earth! As Batman struggles against the urge to kill his friend, Superman must undo the damage done and help the other victims of the Ultra-Humaniteâs experiments. Itâs the thrilling conclusion to âAtomicâ that will reverberate across the DC Universe for months to come! 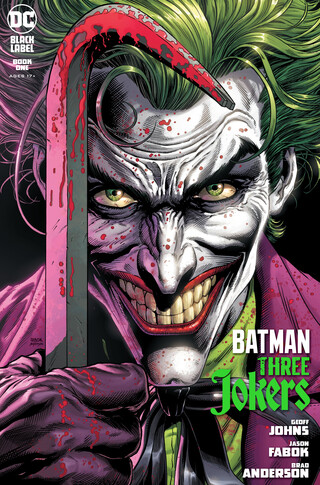 BATMAN THREE JOKERS #1 (OF 3)
Thirty years after Batman: The Killing Joke changed comics forever, Three Jokers reexamines the myth of who, or what, The Joker is and what is at the heart of his eternal battle with Batman. New York Times bestselling writer Geoff Johns and Jason Fabok, the writer/artist team that waged the âDarkseid Warâ in the pages of Justice League, reunite to tell the ultimate story of Batman and The Joker!

After years of anticipation starting in DC Universe: Rebirth #1, the epic miniseries youâve been waiting for is here: find out why there are three Jokers, and what that means for the Dark Knight and the Clown Prince of Crime. Itâs a mystery unlike any Batman has ever faced! 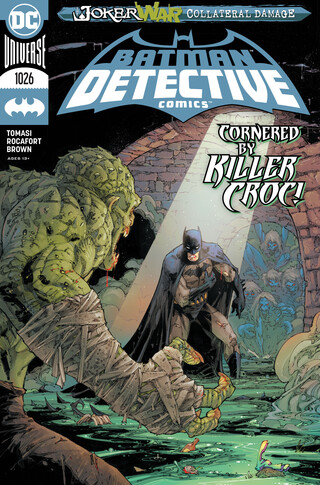 DETECTIVE COMICS #1026
As âThe Joker Warâ rages on, the casualties are mounting, and the underground residents of Gotham City must deal with the devastating effects of the Joker toxin thatâs been pumped into the old cityâs tunnel system. Batman must risk everything to guide them to safety, but a familiar face has mobilized these forgotten souls to rise up in anger…and Killer Croc takes no prisoners! 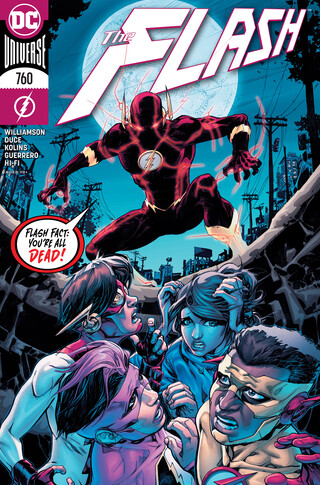 FLASH #760
âFinish Lineâ part two of six! After years of manipulation, the Reverse-Flash has at last destroyed the Flash Family! But they arenât going down without a fight as they race together to save the soul of Barry Allen! Can the return of allies from the Flashâs past be enough to stop the Reverse-Flash? 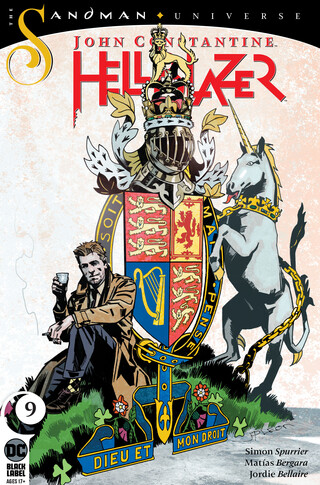 JOHN CONSTANTINE HELLBLAZER #9
The British royal family has always had an interest in breeding the worldâs finest racehorses. When one disgraced royal cooks up a scheme to re-create the most magical of all horses, itâs up to John Constantine to stop him from unleashing a bloodthirsty horror! 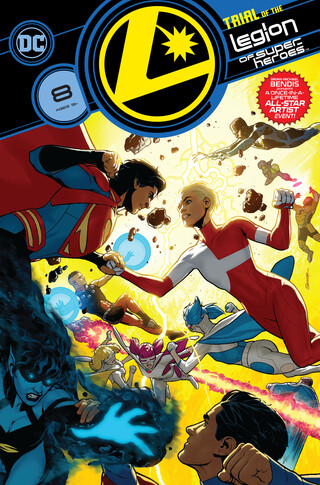 LEGION OF SUPER-HEROES #8
Beginning a special two-part comics storytelling event! Over the course of two spectacular issues, 44 artists will dive into the 31st century-with each page starring a different Legionnaire! It starts when the team is arrested by a galactic authority that does not approve of the Legion-and it leads into an intergalactic showdown that will affect every member of the team! 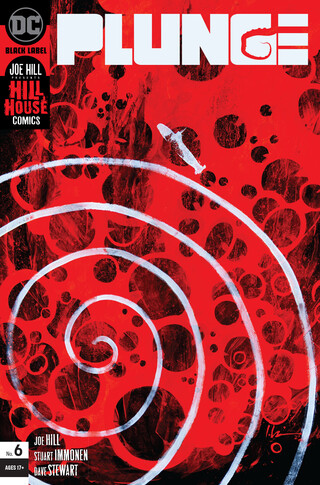 PLUNGE #6 (OF 6)
Sixty fathoms below the oceanâs surface, a massive hatch waits to be opened…Something within wants to emerge; wants to be born; wants to rise; wants to feed. The child is coming, desperate to fill its belly-by devouring reality itself! 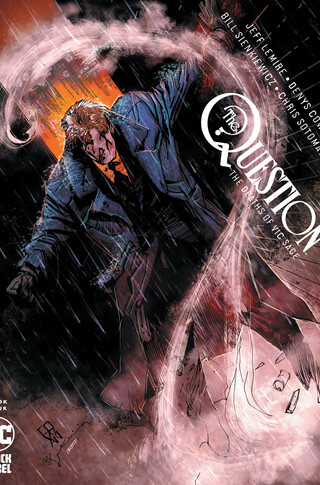 QUESTION THE DEATHS OF VIC SAGE #4 (OF 4)
Vic Sage is back in Hub City after experiencing a dizzying rush of all his past livesâ¦but is he too late to save his present home from the evil that so far has never failed to end his story in tragedy? If Hub City is going to live, does Vic Sage have to die? 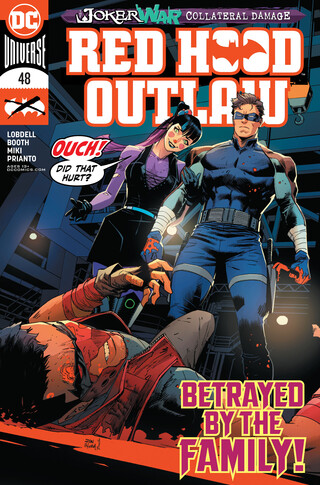 RED HOOD OUTLAW #48
In the aftermath of the war between Batman and The Joker, Jason Todd has a few decisions to make. Does Gotham City-or the world at large-really need the Red Hood? If Jason contemplates retiring the Red Hood mask altogether, what does that mean for Artemis and Bizarro? Can the Outlaws continue to exist without their leader? A family reunion with Ric Grayson doesnât go as planned as he brought along his new friend: Punchline! 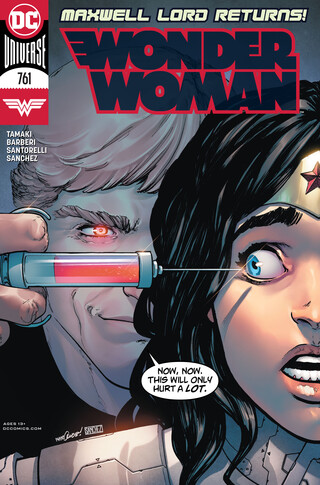 WONDER WOMAN #761
Itâs the team-up no one saw coming: Wonder Woman and Maxwell Lord! This evil jerk has returned to Dianaâs life, but is Max here to save the day? With a new psychic phenomenon affecting more and more people, Wonder Woman is going to need all the help she can get to contain this frightening new warping of the mind…