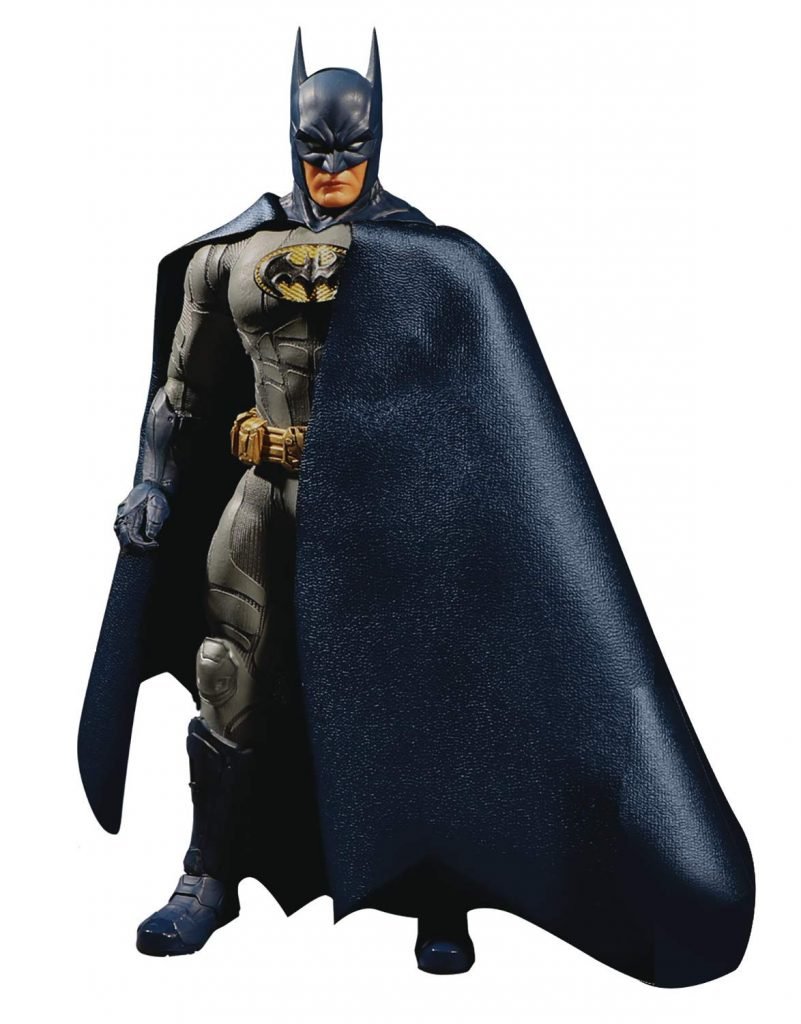 From Hasbro Toy Group. Imagine the incredible, super-powered action of the Avengers with these 6″ figures are inspired by the Avengers: Endgame movie, part of the Marvel Cinematic Universe! With Avengers: Endgame-inspired toys, kids can imagine battling like their favorite heroes and playing their part in saving the galaxy! Choose from Thanos, Team Suit Hulk and Hulk. 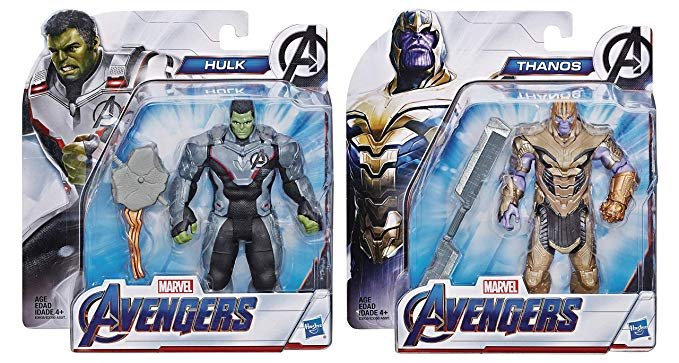 Mezco’s One:12 Batman trilogy continues with Batman: Sovereign Knight. Now at the peak of his career, the Sovereign Knight is the Batman of the present day. This is Batman in his prime.
Within his crime-fighting career, Bruce Wayne has honed his skills, methods, and physical fitness to their apex. His tech is significantly enhanced. The Bat-Suit has been augmented to provide more protection and greater mobility.
Using the tools and knowledge he has acquired since starting his war on crime, in combination with his upgraded arsenal, the Sovereign Knight is ready to take on the most dangerous of Gotham’s criminals. 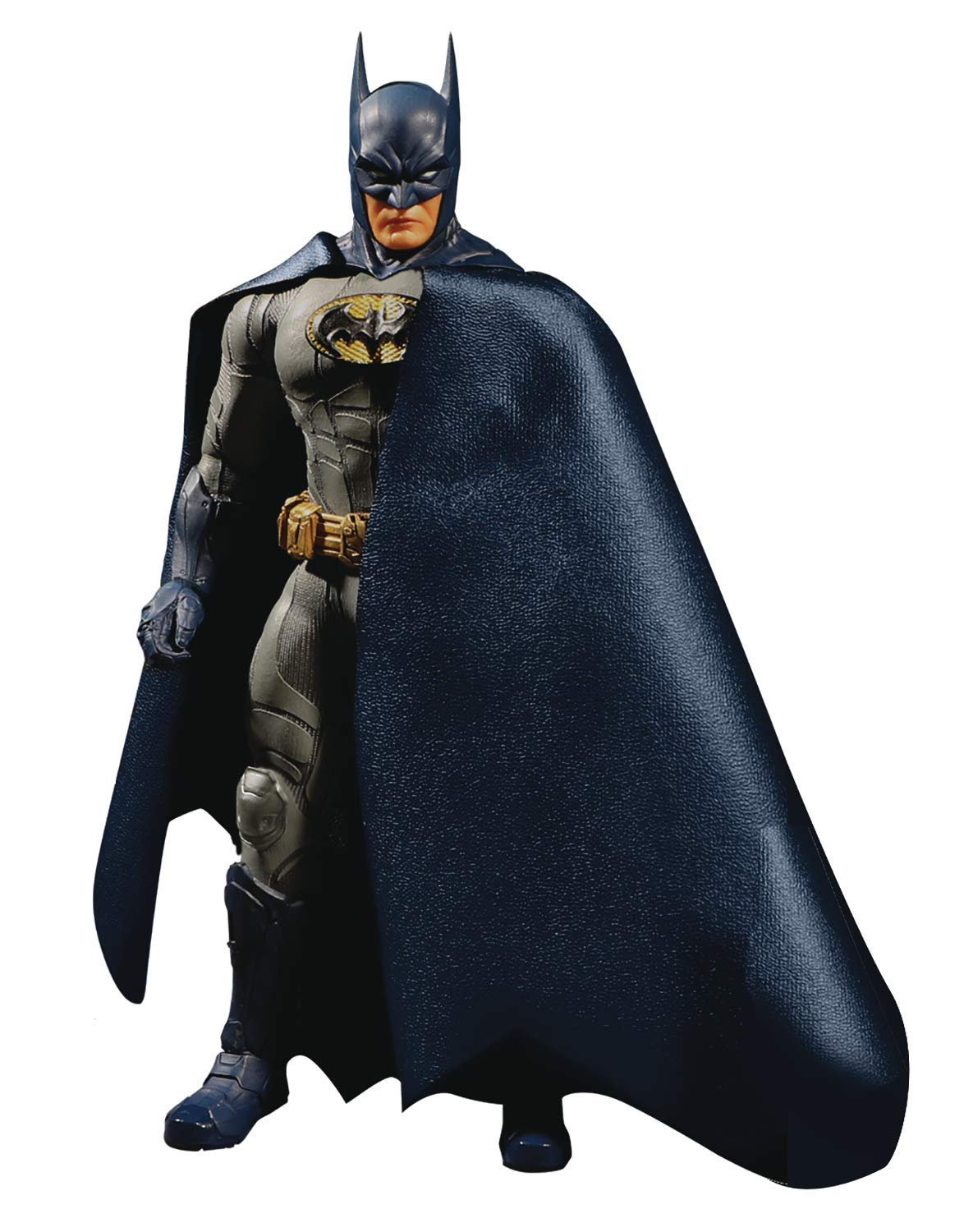 From Wicked Cool Toys. Unleash the power of your PokÃ©mon world with this assortment of small but mighty 2-inch, in-scale figure packs! There are three Figure Battle Packs available and each one includes two of everybody’s favorite PokÃ©mon characters ready for serious adventure! There’s Aipom vs. Squirtle, Snubbul vs. Eevee, and Jigglypuff vs. Pikachu, plus articulated Loudred and Psyduck single packs! With authentic details and dynamic action poses, each figure is prepared for an awesome encounter of PokÃ©monproportions. Get ready to play out epic tournaments and relive favorite moments from the PokÃ©mon show. Gotta Catch ‘Em All! 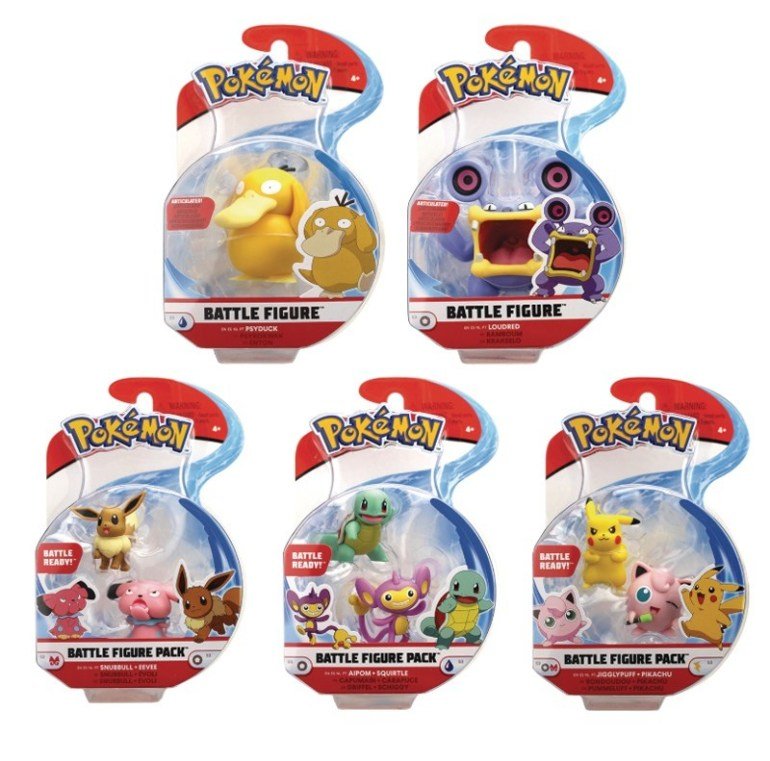 FEATURED NEW RECORDS THAT WE RECEIVED THIS WEEK: